VimpelCom Ltd. is in talks with the US Department of Justice (DOJ) to pay a near-record US$ 775 million to settle bribery allegations, according to Bloomberg. Three unnamed sources cited by Bloomberg said the Amsterdam-based telecom giant allegedly paid bribes in Uzbekistan. 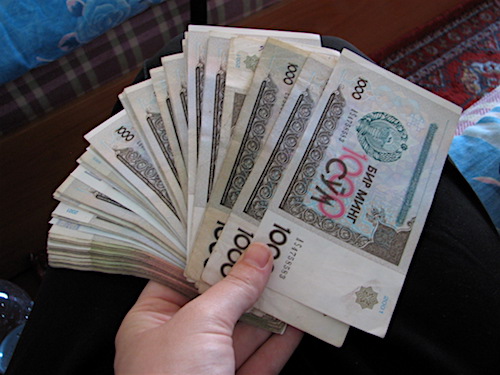 The settlement could be the second largest penalty ever for US Foreign Corrupt Practices Act violations. Siemens AG paid the largest penalty — US$ 800 million — in 2008.

This past June, the DOJ seized US$ 300 million in funds held in accounts at Bank of New York Mellon Corp. and Clearstream Banking SA. Prosecutors said the funds were proceeds of an international conspiracy to launder payments tied to the Uzbek bribery scheme.

A DOJ civil forfeiture complaint filed in New York earlier this year alleged VimpelCom and a rival company made more than US$ 500 million in corrupt payments.

In documents filed regarding the seizure obtained by Bloomberg, US prosecutors alleged corrupt business deals were made between VimpelCom and Takilant Ltd., a company registered in Gibraltar controlled by a “relative of the president of Uzbekistan.” Two of Bloomberg’s sources say that, although Karimova is not mentioned by name, she is the relative in question.

The settlement could be announced in January but proposed details have not been made public. No individual or company has been publicly charged yet.

VimpelCom has set aside US$ 900 million for potential liabilities from the investigations.

In the meantime, VimpelCom faces a class action suit on behalf of investors filed by Lieff Cabraser Heimann & Bernstein, LLP according to an announcement made by the firm yesterday.

According to that complaint, in August 2015 US authorities asked their European counterparts to seize $1 billion in assets in a probe of VimpelCom, Mobile TeleSystems PJSC and TeliaSonera AB, for allegedly paying hundreds of millions of dollars to businesses controlled by Karimova in order to secure wireless spectrum in Uzbekistan.

The complaint alleges that VimpelCom made “materially false and/or misleading statements” failing to disclose to investors that the company “had paid tens of millions of dollars to a company controlled by Gulnara Karimova” and that “the payments were unlawful bribes.”