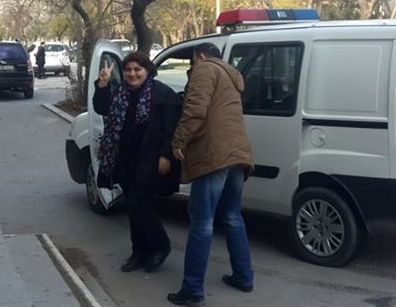 The Azerbaijani news service APA reported that Ismayilova’s attorney, Fariz Namazli, filed motions for her acquittal and to allow her to sit next to her lawyers during the court hearing, rather than standing in a glass cage.

Both motions were denied.

"The court deems Khadija Ismayilova's appeal unfounded. Her initial sentence remains in force," the court of appeals in the capital Baku said in the ruling, according to Global Post.

Ismayilova told the court she is not guilty of any of the charges against her. Court officials twice cut off her microphone when she began to speak about valuable real estate properties in London owned by the family of Azerbaijani President Ilham Aliyev.

Ismayilova served as bureau chief for Radio Free Europe/Radio Liberty in Azerbaijan and hosted a popular talk show prior to her arrest. The award-winning journalist was sentenced in September to 7.5 years for a variety of crimes including embezzlement and tax evasion.

She and her supporters say the charges are retaliation for her investigations into the vast holdings of the Aliyev family.

Since her incarceration, her colleagues and volunteers from around the world have continued her work, posting stories and documentation at The Khadija Project.