A fifth man suspected of involvement in the deaths of 71 migrants found in a truck in Austria last week has been detained in Hungary, said police Sunday. 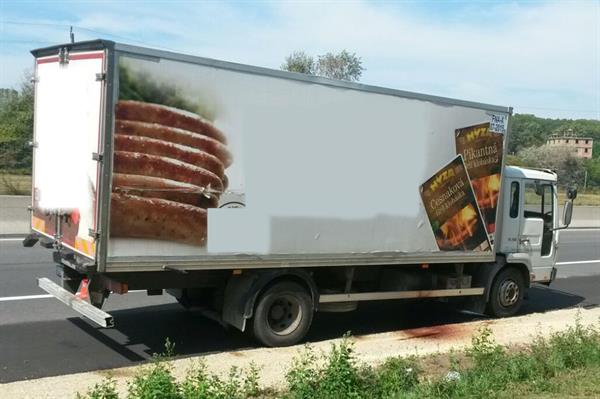 The truck in which 71 bodies were discoveredThe Bulgarian national was arrested on Saturday evening and held on suspicion of human trafficking, but police gave no further details about him.

On Friday, Hungarian police detained four other suspects, three Bulgarian and one of Afghan nationality.

The arrests follow shock headlines across Europe on Thursday when Austrian authorities found an abandoned truck near the Hungarian border packed with badly decomposed bodies.

Parked along the Budapest-Vienna highway, in the truck's refrigerated compartment officials found dozens of corpses.

Authorities first estimated the death toll at between 20 and 50 but the next day, regional Austrian police director Hans Peter Doskozil announced the real count at 71 people who had been tightly packed together.

The victims included 59 men, eight women and four children – including a baby girl aged one or two years. They likely suffocated to death. Autopsies are ongoing.

Doskozil also revealed that police had found a Syrian passport in the truck.

"We suspect that these people are refugees," he said, although he added it could have been a mixed group.

The identity of the migrants remained unknown as police set up a hotline for tips. They also hoped to find clues in a collection of cellphones found in the vehicle.

Melissa Flemming, spokesperson for the United Nations High Commissioner for Refugees, told journalists at a press conference: "This, we believe, has underscored the ruthlesness of people smugglers, who have expanded their business from the Mediterranean Sea to the highways of Europe."