The construction of one of the world's largest ocean aquariums is set for completion this September despite being hit with a multi-billion rouble fraud scandal, according to Russian officials. 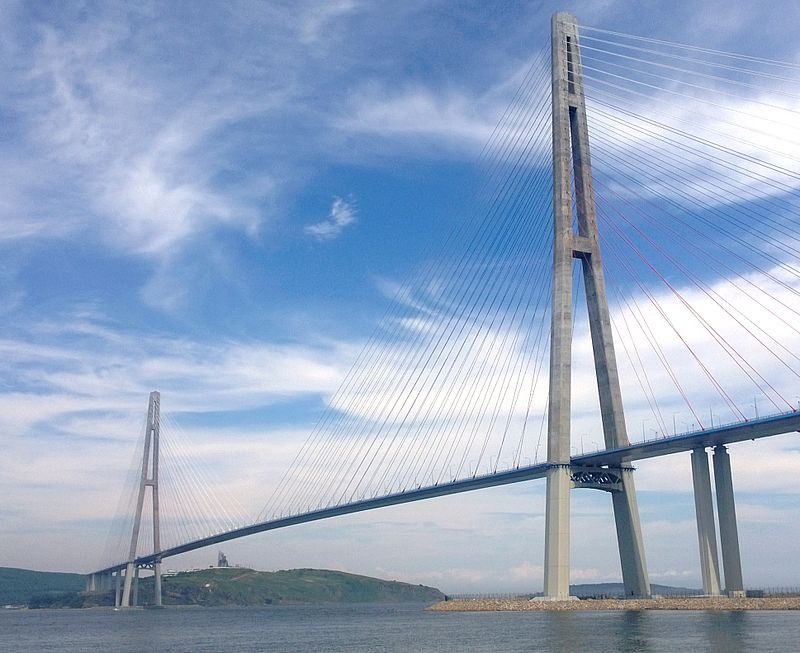 The Bridge From Vladivostok To Russky Island © Константин Сергеевич/Wikimedia

Based on the picturesque far-eastern island of Russky, close to Vladivostok, the saga of the Primorye Oceanarium has dragged out for more than a decade and has been shot through with controversy.

Reportedly ordered by President Vladimir Putin in 2004, the hotly anticipated aquarium – which will feature exhibitions, marine animal shows, a coral reef, and 500 marine species – was originally set for completion in 2012, in time for a major international summit.

News website Fedpress.ru claimed the total budget of the project was 15.5 billion roubles (US$ 231 million).

But shortly after a visit to the site by Putin himself, prosecutors made waves in November last year by opening a criminal case into the alleged theft of up to two billion roubles (US$ 31 million) from the project. Several arrests followed.

Prosecutors say that, in collaboration with Shishov and Kosyachenko, Poplavskiy “squandered funds amounting to more than 1.1 billion [roubles, about US$ 17 million]”.

Poplavskiy is also alleged to have received 145 million roubles (US$ 2.25 million) in bribes from the two other suspects.

News that the facility will finally be finished in September was shared by Poplavskiy’s acting successor, Boris Avdeev, on Monday.

The announcement comes days after Putin told Moscow’s Kommersant newspaper that he would inspect the oceanarium again soon.