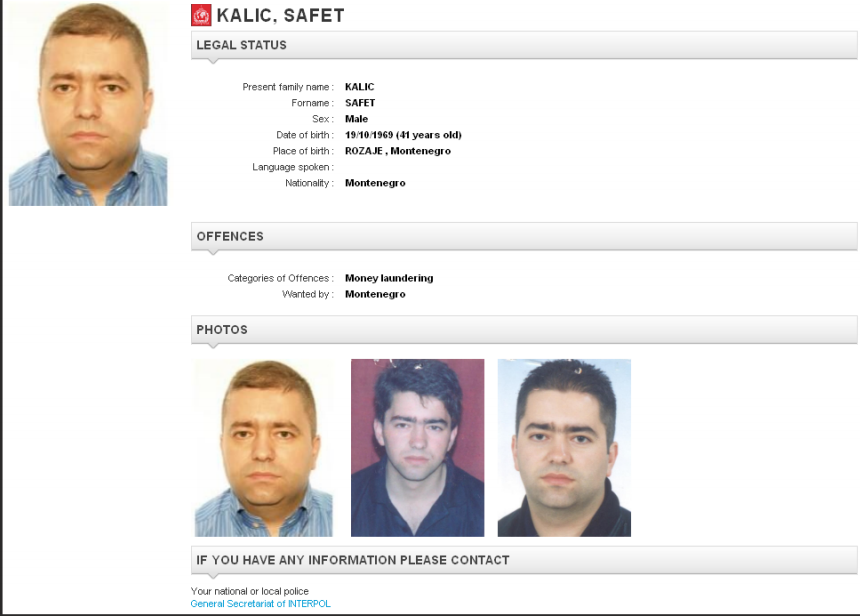 Safet Kalic's Interpol Red NoticeKalic was arrested in Austria on Oct. 20, 2014, on charges filed against him by Interpol in 2011.

A Vienna court ruled that Kalic should be handed over to German authorities to face narcotic trafficking charges.

The Montenegrin Ministry of Justice had previously requested Kalic’s extradition. Interpol issued a red notice (an international arrest warrant) on Kalic in 2011, on suspicions of running a money-laundering scheme between 2006 and 2011 which laundered € 7.2 million (US$ 8.2million). Authorities also arrested his brother and wife in July 2011.

The Ministry of Justice released a statement yesterday, explaining that Kalic’s transfer to Germany does not prevent authorities from requesting his extradition to Montenegro, and that they intend  to do so.