Romanian authorities have launched an investigation into senator and former justice minister Tudor Chiuariu, on suspicion of money laundering, trading in influence, and links to an organized crime group implicated in the alleged illegal restitution of 43,000 hectares of forest. 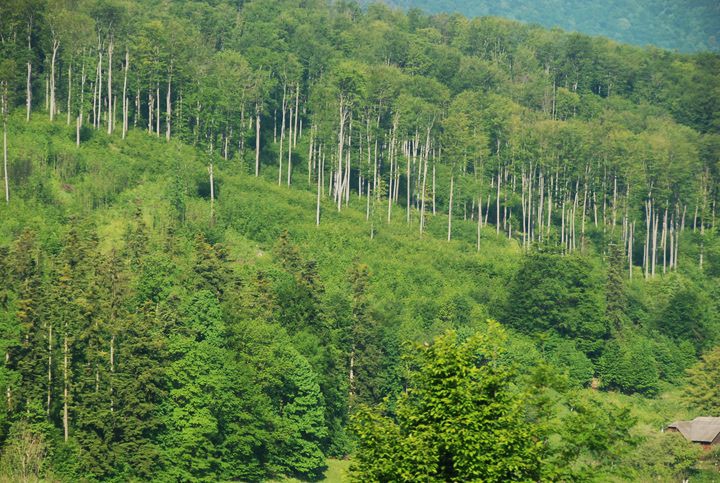 Chiuariu was placed under judicial review on Saturday, Jan. 10, by Romania’s National Anticorruption Directorate (DNA), which will continue for up to 30 days.

Forest restitution is the process of returning woodlands that had been nationalized by the state in the 1940s to the families of the former owners. This case relates to the return of 43,000 hectares of land in Bacau county, eastern Romania, in 2012. The court awarded the land, worth €304 million (US$359 million), to Gheorghe Paltin Sturdza. However, the DNA alleges Senator Chiuariu agreed to use his political influence to expedite this court decision in Sturdza’s favor, in exchange for €2.5 million (US$2.95 million). Sturdza is also being investigated.

The DNA case originates in an investigation by German publication Die Welt and OCCRP partner, Rise, which revealed the sale of the land to German company Prokon in 2014.

After the allegations were made, DNA launched investigations into the suspected facilitators of the alleged scheme, on Oct. 15: parliamentary deputies Adam Ioan and Viorel Hrebenciuc, Senator Ilie Sarbu and Adam Craciunescu, who is director of the Romsilva National Forest of which the land was part. Senator Ilie Sarbu is the father-in-law of Prime Minister Victor Ponta. Senator Hrebenciuc resigned from Romania’s Parliament following the launch of the investigation. In a further twist on Nov. 20, Alina Bica, the chief prosecutor for organized crime, was called in for questioning in connection with the case and detained for 24 hours.

Balkan Insight reports that three million hectares of forest have been restored to their purported former owners since 1990. A recent audit by the Romanian Court of Accounts claimed that 20 percent of these so-called restorations were illegal.