Colombia: Threats against Journalists on the Rise

The Urabenos, believed to be Colombia’s most powerful criminal organization, has sent death threats to eight journalists who reported on their dealings, according to the El Espectador portal. 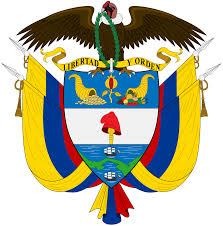 The letters, which were received on Sep. 28, went to reporters in the cities of Cali and Buenaventura working for Caracol Radio, Q'Hubo Radio, El Tiempo, and Mas Pacifico in the Valle del Cauca department. Recent reports on the arrest of Fanny “La Chily” Grueso Bonilla, a member of the Urabenos who reportedly ran a house of torture in Buenaventura, apparently annoyed the organization. The letters accused the journalists of reporting false information regarding the arrest, and complained that the group is under constant media attack.

According to Fox News Latino, Colombia’s ombudsman Jorge Otalora requested on Sep. 29 that authorities take "urgent" measures to protect the reporters. He also noted 93 cases of journalists being threatened between January and August, 51 more than in all of 2013.

Just days before the Urabeños' letters, another criminal group, the Rastrojos, sent a similar threatening letter to 23 human rights activists, accusing them of being "agitators."