A plan by Macedonia’s prime minister to create tax haven zones has some critics afraid that the door could be opened to organized crime in the country.

Prime Minister Nikola Gruevski’s idea, still in draft stage, is to boost employment in the financial and legal sectors by creating “international financial zones” with commercial regulations based on those of major countries such as the US and Germany, Balkan Insight reports. Companies that move their headquarters to the zones would be offered incentives such as tax benefits. 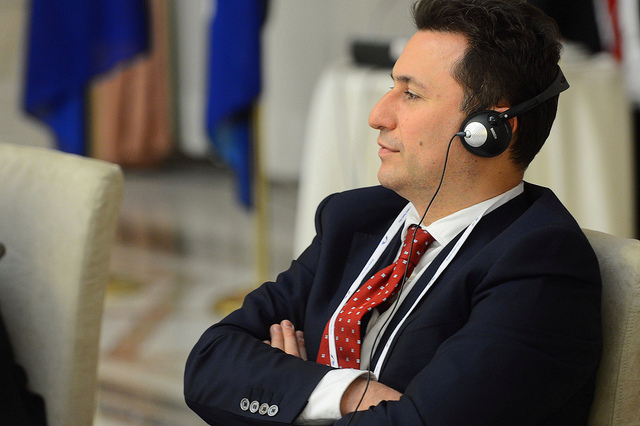 Financial analyst John Jonovski told Telegraf.mk that he sees no downsides to establishing these tax havens, although he explains that people should not expect them to function like the financial zones in places such as Dubai, Switzerland, and London. Rather, he said, Macedonia has the potential to become an offshore banking center like Cyprus, Malta, or the Cayman Islands.

Pavle Trajanov, a member of Gruevski’s coalition government and the country’s former police minister, expressed fear. “Crime money pours into these kinds of zones. Some of that capital originates from acts of terrorism,” he said, as quoted in Balkan Insight. “We do not wish to become another Cyprus, where Slobodan Milošević kept his money.” Milošević, the former president of Serbia, was suspected of corruption and embezzlement before he stood trial for war crimes.

Peter Goshev, former governor of the National Bank of Macedonia, cautioned that an influx of illegal capital could hurt Macedonia’s economy and its chances to join the EU.

Macedonia already has four Technological Industrial Development Zones, which are tax havens aimed at attracting foreign industrial investment. According to the President of Macedonia’s website, the government wants to create seven more.

Further details about the plan will be released after the parliament adopts constitutional changes that allow for the opening of the financial zones, which Balkan Insight reports should happen by mid-October.