Hungary: Senior politician off to hunt thousands of pheasants

Soon-to-be appointed minister János Lázár has made a 75,000 euro reservation to hunt pheasants in November, a contract obtained by Atlatszo.hu shows. Lázár’s wealth disclosure indicates that he doesn’t have enough cash to cover the trip.

According to the document, Lázár and an unspecified number of his friends will head off to the Konopiště castle, 40 kilometers from Prague for a weekend of hunting this November. The contract shows Lázár has ordered 2,500-3,000 birds from the 60,000 annual quota overseen by the local hunting society. 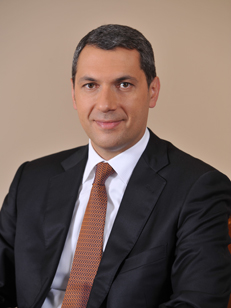 This isn’t the first time that Lázár has faced criticism for his hobby and raised doubts about where the money is coming from. Last year, another trip that was attended by a group of prominent public figures also featured Lázár as one of the participants.

Lázár is one of the better known faces of the governing Fidesz party. He has served as head of the party’s parliamentary group, then was appointed state secretary and is set to take on a ministerial role in the Fidesz government reelected this year. The latest rumors point to him as the successor of Prime Minister Viktor Orbán, who allegedly has his eyes set on becoming president in 2017. It is unclear whether this would mean a significant expansion of the president’s – currently mostly ceremonial – roles.

The source of the funding for the hunting excursions is unclear. At last year’s event, the guests identified Lázár as the host, whereas he stated that the expenses were covered by an unnamed sponsor. The latest reservation is also problematic, since Lázár’s legally required wealth disclosure indicates that he doesn’t have enough cash to cover the trip.

His office said that all of the guests are going to pitch in and share the costs.

Used with permission of Atlatszo.hu