US: Cartels in Mexico Partner with California Street Gangs

Drug cartels in Mexico are working with California street gangs to sell drugs and settle scores, according to a new report that highlights an increasing trend of cooperation among violent criminal groups.

The report issued by California's Attorney General, entitled Gangs Beyond Borders (pdf), lists several examples of cooperation, including a 2011 case in which La Familia Michoacana, a brutal cartel that has since splintered, contracted a US-based prison gang called the Mexican Mafia to distribute and sell methamphetamines in Southern California under an agreement dubbed "The Project." 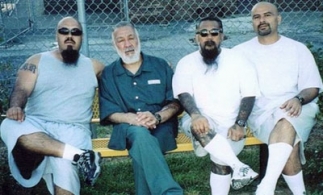 According to the report, alliances between cartels and street gangs are mutually beneficial: the cartels coordinate the movement and sale of drugs in the United States without ever stepping foot on US soil, and the street gangs bypass mid-level wholesale dealers and gain a higher percentage of the profits.

The California gangs, which the report states are responsible for 90 percent of violent crime in high-trafficking border regions, also provide traffickers muscle, with nearly 200,000 active gang members within the state.

The drug cartels' increased reliance on US street gangs is evidence that smuggling and selling drugs in the United States is no longer dominated by top-down Mexican cartels, which have suffered a number of high-profile captures and killings recently. Rather, the business of organized crime in North America is morphing into a web of independent groups, each with its own role.

This in some way mimics what happened in Colombia, where a "decapitation" strategy aimed at cartel and paramilitary leaders resulted in the fragmentation of larger criminal organizations. Whether this will mean more cooperation or increased bloodshed as groups vie for power remains unknown, most likely a bit of both as alliances shift and develop.

The Attorney General's report seems to argue for the latter, saying that California faces the threat of "spillover" violence from battles among fragmented cartels. But the specter of such large-scale cartel violence has been debunked over the past few years, with an overall decrease in violent crime at the border.

What is far more pressing is the headache for law enforcement presented by entrenched relationships between street gangs and drug cartels; a criminal dynamic far more difficult to pinpoint and achieve lasting results against, as either side of the arrangement can align with others if their partners are somehow taken out of the picture. According to the report, Mexican drug cartels, despite cultural ties with Hispanic street gangs, do not discriminate in their partnerships, working with the white-supremacist group the Aryan Brotherhood, as well as notorious Los Angeles-based rival African American gangs the Bloods and the Crips.

By Seth Robbins. Used with permission of InSight Crime