Law enforcement agencies across Europe, in cooperation with their colleagues in the United Arab Emirates (UAE), said Monday that they had dismantled a ‘super cartel’, which controlled around one third of the cocaine trade in Europe. 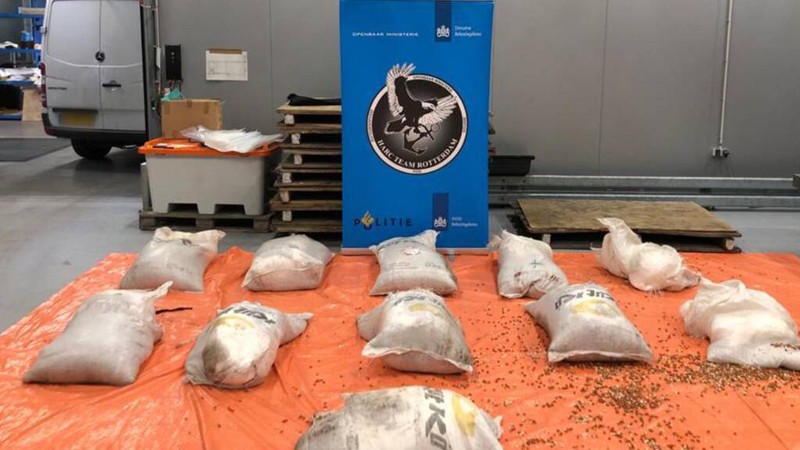 Coordinated raids were conducted across Europe and the UAE between Nov. 8 and 19, targeting both the command-and-control center and the logistical drug trafficking infrastructure in Europe, Europol said in a statement.

During the investigation, 49 suspects were arrested in Spain, France, Belgium, the Netherlands, and the UAE. The figure includes drug lords who were designated high-value targets by European Union law enforcement.

“The scale of cocaine importation into Europe under the suspects’ control and command was massive and over 30 tonnes of drugs were seized by law enforcement over the course of the investigations,” Europol said.

Eurojust, the EU Agency for Criminal Justice Cooperation, said investigations into the organized crime group were the “follow-up of several seizures of in total around 2,000 kilograms of cocaine, arriving from Latin America to Europe by ship, and the kidnapping of a Belgian-based citizen, who has ties with the organized crime group trafficking cocaine via the port of Antwerp.”

While the EU agencies did not release any names, the Dutch Police and the Dutch Public Prosecution Service (OM) identified two suspects arrested in Dubai as a 40-year-old dual Dutch-Bosnian citizen and a 37-year-old Dutch and Moroccan national.

The Dutch authorities opened investigations against them after intercepting their decrypted messages via the Sky application, which is widely used by criminal networks for encrypted communication.

The accused, as the Dutch crime news outlet Crimesite reported, were Edin “Tito” Gačanin – the leader of the Tito and Dino Cartel, called a “European Escobar” – and Zohair B., also known as Beertje.

Gačanin, who has been living in Dubai, has been the subject of various investigations, including by the U.S. Drug Enforcement Administration (DEA), which named him one of the world’s top 50 drug dealers.

According to Crimesite, Gačanin is well-known to worldwide law enforcement as a key player in the global cocaine trade.

Gačanin is suspected of importing approximately 8,000 kilos of raw ingredients for the synthesis of amphetamine through the Antwerp port, in addition to significant amounts of cocaine, according to the Dutch Public Prosecution Service.

In addition, the Public Prosecutor thinks he is responsible for roughly 1,800 kilograms of cocaine smuggled via the port of Hamburg in 2020 with the destination of the Netherlands.

Investigators found the last piece of the puzzle on the Sky app, where he appeared as organizer, broker, and financier in the import of 739.5 kilos of cocaine from South Africa’s Durban to Rotterdam.

The Public Prosecution Service stated that it will file an extradition request to the UAE for both Gačanin and Zohair B., who is accused of playing a key coordinating role in the cocaine shipment.

Gačanin’s Tito and Dino gang, believed to be involved in massive cocaine shipments from South America to Europe worth billions of dollars, is thought to have been recruiting members from Bosnia and the region, many of them actually being the Sarajevo neighbors of the Gačanin family.

The gang also registered a number of companies in the Netherlands, Slovenia, Spain and Bosnia and Herzegovina, to be used in laundering the drug proceeds.

The Desert Light operation, according to Europol, “sends a strong message to criminals seeking sanctuary from law enforcement.”

The EU law enforcement agency also welcomed the UAE’s important step in cooperation by appointing liaison officers to be deployed to Europol’s headquarters in the Netherlands, joining the network of more than 250 liaison officers from over 50 countries and organizations with a permanent representation at Europol.

Sheikh Saif bin Zayed Al Nahyan, UAE’s Deputy Prime Minister and Minister of Interior, said that the “global joint efforts in combating money laundering are in line with the UAE’s National Strategy on Anti-Money Laundering and Countering the Financing of Terrorism.”

He also lauded the successful collaboration of all key partners and international law enforcement agencies in combating transnational crime and organized crime syndicates.