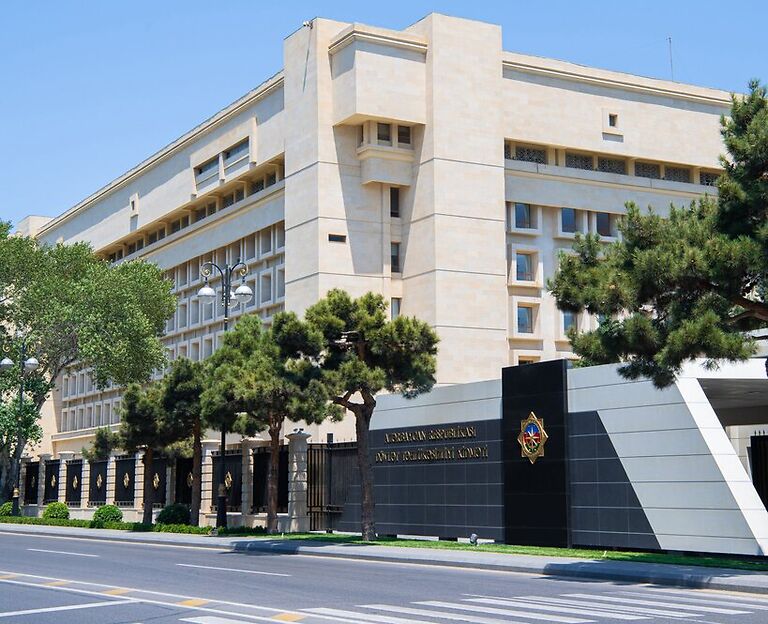 State Security Service of Azerbaijan. (Photo: Azərbaycan Respublikası Dövlət Təhlükəsizliyi Xidmətinin/Twitter, License)Mansur Asgarov, the current head of the Customs Tariff Regulation and Payments Department in Azerbaijan’s Autonomous Republic of Nakhchivan, has been charged with misappropriation of more than $77 million. Rafael Aliyev, the republic’s finance minister, stands accused of embezzling more than $85 million in public funds. Aliyev had headed the same customs department until August of 2020.

Following the arrests, a district court in the Azerbaijani capital of Baku ordered both men to be held in custody for four months while their cases are investigated.

According to the investigation, the accused created an unofficial system to collect money for imported goods that bypassed official customs procedures.

On Nov. 28, President Ilham Aliyev signed a decree to dissolve the Customs Committee of Nakhchivan, replacing it with a new agency under the control of the national customs committee.

The disbanded committee included some very well-connected figures. The chairman was Sahat Habibbayli, the son of Isa Habibbayli, President of Azerbaijan’s National Academy of Sciences and also a member of parliament, while the deputy chairman was Sabuhi Novruzov, brother-in-law of Vasif Talibov, the head of the autonomous republic since 1995.

The security service has not announced any other arrests, but there have been unconfirmed reports that others were also detained.

Approached by local journalists, parliamentarian Isa Habibbayli refused to comment on the recent events in Nakhchivan or on his son, the former committee chairman.

“I don’t know where he is,” the MP said.“I think that asking a father about his child is unethical.”

Nakhchivan is a unique region of Azerbaijan. It is about half the size of the U.S. state of Connecticut with a population of nearly half a million Azerbaijanis, but is separated from the rest of the country by Armenia, a country with which Azerbaijan has been at war for more than  three decades. It also shares borders with Iran and Turkey.

The region has a great deal of autonomy. In authoritarian Azerbaijan, Nakhchivan is an even more restrictive place earning it the nickname “Azerbaijan’s North Korea.” This state within a state has been ruled for more than 26 years with an iron fist by Vasif Talibov, a relative of the late President Heydar Aliyev.

In a  previous investigation, OCCRP revealed that Vasif Talibov’s children had received more than $20 million in suspicious wire transfers from shell companies that formed part of the Azerbaijani and Troika laundromats, two massive money laundering systems that were uncovered earlier by OCCRP. The Talibovs also bought up properties in neighboring Georgia and Dubai worth an estimated $63 million.