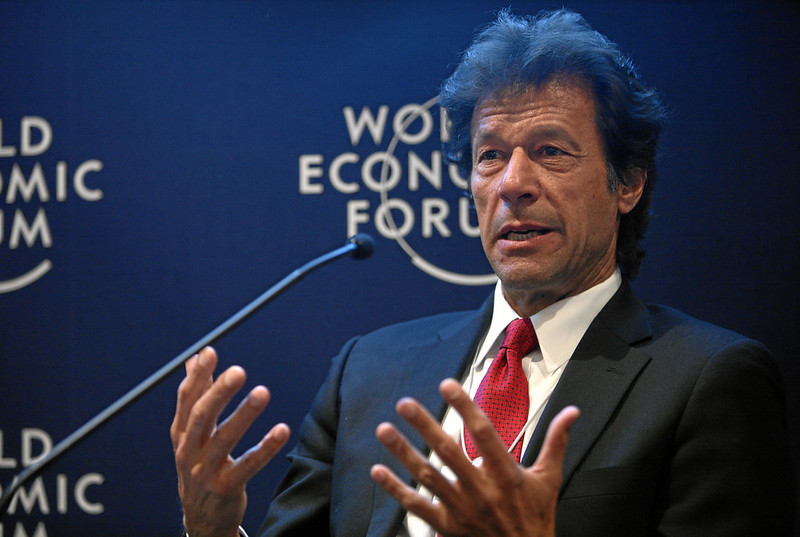 Under Pakistan law the gifts, made to Khan as the then-head of state, should have been placed in a state depository known as the “Toshakhana” or treasure house. The name dates from the Mughal era when such extravagant gifts were commonplace.

Umar Farooq Zahoor, a Dubai-based business tycoon, told Geo News on Nov. 15  that he purchased the precious set – including an antique watch, ring, gold pen and cufflinks – for more than US$2 million in cash from a close friend of Khan’s in Dubai in 2019.

Khan denied the allegations as a propaganda campaign to defame him. He has threatened to sue Zahoor, the news anchor and Geo media network in London and United Arab Emirates courts for what he termed “character assassination.” He said he places no faith in Pakistan’s judicial system.

The alleged sale of state gifts from Arab countries by Khan stirred a controversy and scandal after the Election Commission of Pakistan (ECP) disqualified Khan and barred him from contesting elections for five years.

Khan has submitted “false statements and incorrect declarations” about the gifts he received from global leaders while in power from 2018 to 2022, according to the ECP verdict. Officials have the option of purchasing such gifts from the state.

“While Prime Ministers are allowed, under the rules, to pay a fraction of the actual price of the gift received, such retention is for personal use and not for resale of such gifts. The issue with Mr. Khan's purchase of the diamond encrusted watches is that he had the watches grossly undervalued, and then bought them by paying a fraction of that undervalued estimated price,” legal expert Osama Malik told OCCRP.

Malik said that the watches were later sold for a far greater price than the one indicated by government officials working under Khan, who was expected to deposit a sum equal to the assessed worth of the watches.

“His actions have not just caused a loss to the exchequer but also caused diplomatic embarrassment for the country”, Malik said.

Khan has appealed the ECP verdict in the Islamabad High Court and the case is pending.

A former cricket star turned politician, Khan rose to power in 2018 thanks to his anti-corruption rhetoric but was ousted in April 2022 after losing a no-confidence vote.