Glencore Energy UK Ltd will pay the equivalent of US$313.7 million after a court found that the company paid $29 million in bribes to state-owned companies across Africa in order to gain preferential access to the continent’s oil reserves, the UK’s Serious Fraud Office (SFO) reported Thursday. 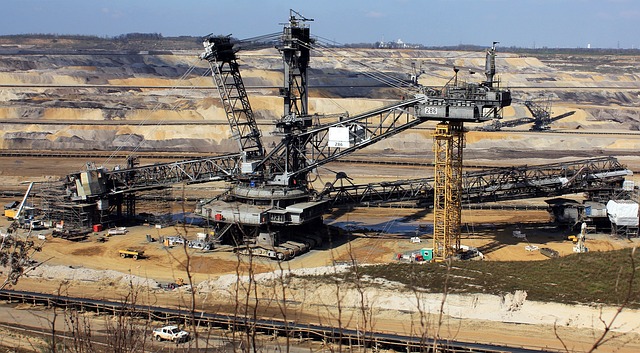 Glencore, a titan in the natural resource industry, will pay £280.9 million for its role in a years-long bribery scandal that spanned across Africa. (Photo: S. Hermann / F. Richter, Pixabay, License) It’s the highest financial penalty in U.K. history, officials said.

Glencore, one of the world’s largest natural resource companies, pleaded guilty to five counts of bribery and two counts of failure to prevent bribery as part of a conspiracy to secure access to oil in Cameroon, Equatorial Guinea, Ivory Coast, Nigeria and South Sudan.

“For years and across the globe, Glencore pursued profits to the detriment of national governments in some of the poorest countries in the world,” said SFO Director Lisa Osofsky. “The company’s ruthless greed and criminality have been rightfully exposed.”

The SFO investigation, launched in 2019, uncovered through text messages and audits that the company used a network of “well-connected local agents” across Nigeria, Equatorial Guinea, and the Ivory Coast “to funnel bribes into state-owned oil companies and government ministries.” These bribes were masqueraded as service fees, signing bonuses, or success fees in official financial reports in order to conceal their illegality.

Further digging revealed that, in August 2011, two Glencore executives entered South Sudan via private jet carrying $800,000 in cash. The withdrawal records for the money stated its purpose was to open a new office in-country; in actuality, it was handed off to officials in the newly formed government.

Altogether, between 2012 and 2015, Glencore siphoned $8.2 million in cash through the South Sudan government, all written off as “office expenses”. This is in addition to the $5.5 million of “service fees” withdrawn in cash by a Nigerian agent, who smuggled the funds into Cameroon via multiple private jet trips, in order to bribe officials in the country’s national oil and gas companies, according to the SFO report.

The bribes ultimately gave the mining titan preferential access to the five countries’ oil reserves and maximized its oil trading profits throughout the African continent.

“Bribery is a highly corrosive offence,” said Justice Fraser of the UK’s Southwark Crown Court. “It quite literally corrupts people and companies, and spreads like a disease.”

“The conduct that took place was inexcusable and has no place in Glencore,” said Chairman Kalidas Madhavpeddi, who added that the company is committed to “operating transparently under a well-defined set of values, with openness and integrity at the forefront.”

The £280.9 million ($313.7 million) financial penalty amounts to the highest ever in a U.K. corporate criminal conviction, and was described by Osofsky as a “landmark case in anti-bribery enforcement.”

Despite the resolution against Glencore, the SFO investigation into the guilty parties within the company remains open. The case has run in parallel with the U.S. Department of Justice as well as Brazilian authorities, both of whom have levied massive fines of their own against the mining giant.

Back in May, the company pleaded guilty in U.S. court and agreed to pay $1.1 billion as penance for its bribery and market manipulation conspiracies. U.S. Attorney Damian Williams remarked how Glencore paid bribes “to make lawsuits disappear” and “to avoid government audits” in a scheme that he could only describe as staggering.

And in the same month, Glencore further agreed to pay just under $40 million to Brazilian authorities as part of a resolution with the country’s Federal Prosecutor’s Office, according to a company statement.

Despite the colossal financial penalty handed down by U.K. authorities, the company’s share price actually rose on the London Stock Exchange following the verdict, up 0.95% from the day before.