Wife of ex-Malaysian PM Sentenced to 10 Years for Corruption

A court in Kuala Lumpur sentenced on Thursday the wife of former Malaysian Prime Minister Najib Razak to 10 years in prison for receiving bribes in exchange for granting government contracts. 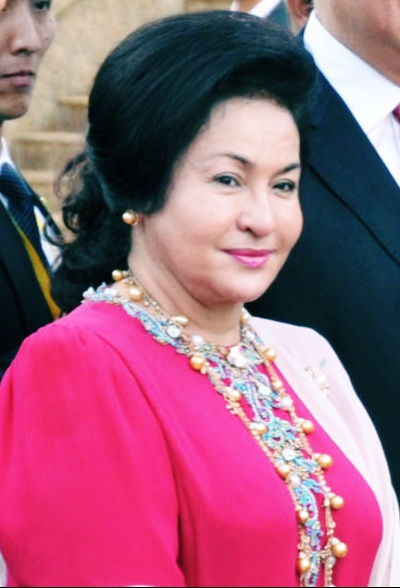 Rosmah Mansor, 70, was sentenced for taking bribes in a US$279 million project that was providing solar power to schools in the rural Sarawak, the largest province in Malaysia. (Photo: Government of India, Wikimedia, License)Rosmah Mansor’s sentence was delivered days after her husband was convicted for massive corruption in a case involving the multi-billion dollar Malaysia development fund, 1MDB. The graft scandal ended his nine year-long term in 2018.

Mansor, 70, was sentenced for taking bribes in a US$279 million project that was providing solar power to schools in the rural Sarawak, the largest province in Malaysia. She will have to pay a $215.45 million fine, which according to Osama Malik, an international white collar crime legal expert who spoke with OCCRP, is a record amount in the history of Malaysia.

The glamorous self-styled former ‘first lady of Malaysia’, known for her profligate lifestyle, was dressed in a yellow baju kurung - a traditional Malaysian dress with a matching headscarf - tearfully pleaded her innocence after hearing the sentence.

"I must admit that I'm very sad about what happened today," she said. "Nobody saw me taking the money, nobody saw me counting the money.... but if that's the conclusion, I leave it to God,” she said, according to Reuters.

The court also noted that she had spent $22,300 per month on online propagandists who countered the denunciations of her luxurious lifestyle.

Mansor's defense lawyer Jagjit Singh, told journalists that his client was shocked and upset, and she will appeal the ruling in the superior courts.

Mansor will remain free on bail during the appeal process but she is also facing 17 charges of money laundering and tax fraud in separate cases.

The U.S. Department of Justice claims that $4.5 billion were deliberately misappropriated from 1MDB, out of which $1 billion is estimated to have made its way directly into the former Prime Minister's personal accounts.

According to the cases filed by the Department of Justice, some of the funds pilfered from 1MDB were used to buy jewelry, including a pink diamond necklace valued at $27 million, for Mansor.

Najib was expected to win the 2018 elections. His legal troubles began after his unexpected loss at the polls. Malaysian police raided multiple properties across the country allegedly owned by the couple and recovered more than ten thousand pieces of jewelry, over 400 expensive watches, almost 600 luxury handbags, including some worth thousands of dollars, and $26 million in cash.