Brazil’s indigenous protection agency announced “with regret” the death of the last remaining member of an uncontacted Amazon tribe that was decades ago wiped out by land grabbers. Experts say that despite years-long efforts to protect the indigenous people, the problem persists and got worse since President Jair Bolsonaro came to power. 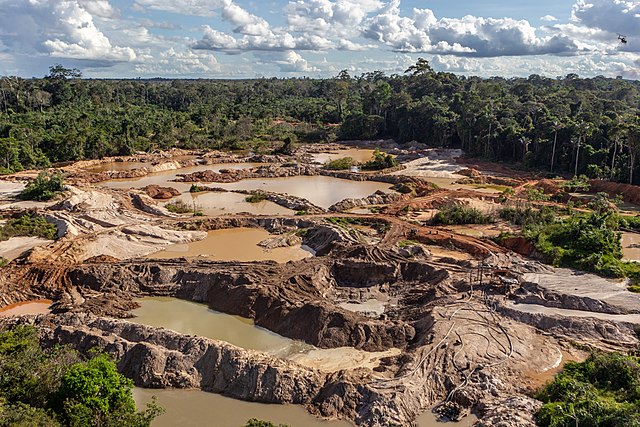 Violence against indigenous people in Brazil triples under Bolsonaro. (Photo: Ibama, Flickr, License)Known as the “Man of the Hole,” the last member of the Tanaru tribe in the Brazilian state of Rondônia presumably died naturally, Brazil’s indigenous protection agency (FUNAI) said. The rest of his tribe had been massacred in the 1970s in a series of attacks by cattle ranchers and illegal miners.

“No outsider knew this man’s name, or even very much about his tribe – and with his death the genocide of his people is complete. For this was indeed a genocide – the deliberate wiping out of an entire people by cattle ranchers hungry for land and wealth,” said Fiona Watson, the Research and Advocacy Director of Survival, an NGO dedicated to the protection of tribal people.

Despite Brazil’s efforts to protect the indigenous people and their land, the Indigenous Missionary Council (CIMI) said that the illegal extraction of natural resources in indigenous lands has tripled since President Jair Bolsonaro took office in 2019.

Last year’s three most common crimes reported in indigenous lands were illegal extraction of natural resources, such as wood, sand and Brazil nuts, illegal hunting and fishing, and damage to the environment from illegal activities.

According to experts Lucia Helena Rangel and Roberto Antonio Liebgott, Bolsonaro’s administration has fought over the years to promote at least two concepts that could harm the tribes and normalize impunity.

“The first is linked to the idea that Indigenous peoples are not subjects of rights like other humans; the second is linked to the harmful idea that they do not need land and that everything done for them, in terms of public policies, is a privilege,” Rangel and Liebgott said.

In 2018, Bolsonaro said that indigenous people in protected areas are like animals in zoos. Later, he affirmed that “more and more, indigenous are human beings just like us.” On another occasion, he implied that the indigenous occupy too many protected areas.

Since Bolsonaro took office, government agencies that dealt with the protection of the environment have suffered budget cuts or have been dismantled.

Over the last two years, FUNAI has been able to authorize private properties on non-regulated indigenous land. Last year, the FUNAI and Brazil’s environmental protection agency (Ibama) agreed to allow economic exploitation on indigenous land by associations and organizations of “mixed composition” between indigenous and non-indigenous.

According to Verdum, today’s FUNAI is aligned and subordinated to political and corporate-capitalist interests that seek to profit from the exploitation and drainage of natural resources.

What’s more, last year marked the third year in which Bolsonaro administration fulfilled his promise not to demarcate any indigenous lands. Worse, Indigenous Missionary Council (CIMI) has reported an increase in cases of invasions and attacks against communities and leaders, illegal exploitation of natural resources and damage to property.

In 2021, CIMI reported 305 cases of that kind, which affected at least 226 indigenous areas in 22 Brazilian states. In the previous year, 263 cases of invasion had affected 201 indigenous lands in 19 states. The number of such cases is nearly three times higher than those reported by CIMI in 2018, when 109 cases were registered.

The recent murder of indigenous expert Bruno Pereira and British journalist Dom Phillips was not an isolated event, nor are the murders of hundreds indigenous people every year - 176 only last year. In addition, the report calls attention to another side of the same story: at least 148 suicides of indigenous people were reported in 2021, the highest number ever recorded.

Yanomami and Munduruku are two tribes that have been reportedly attacked. It is estimated that at least 20,000 miners invaded Yanomami lands, where they have carried out systematic armed attacks against people, spreading a climate of terror and causing deaths.

In the Brazilian state of Pará, gold miners and allies had attacked the headquarters of an association of indigenous women from the Munduruku tribe in order to prevent their leaders from traveling to demonstrations in Brazil’s capital. The attackers threatened the women and even burned down the house of an indigenous leader in retaliation for her fight against illegal mining.

“The enemies intended not only to attack the physical spaces of habitation and coexistence in the villages, but to annihilate the way of life, expressed through the spiritualities of each of the people,” read the report.