Just as a leech draws blood from its host, senior executives at Iran’s largest steel company sucked the country’s mining sector for all they could in a multi-billion dollar corruption scandal that tied them to widespread fraud, bribery, and money laundering. 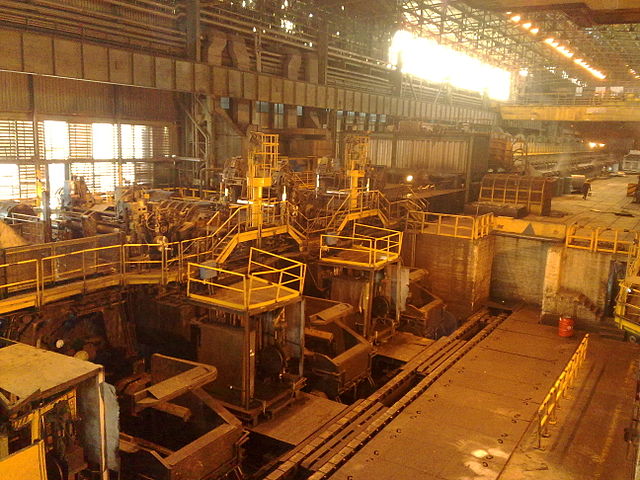 An Iranian parliamentary report exposed that executives behind the country’s largest steel manufacturer were involved in a corruption scandal totalling billions of dollars. (Photo: Hasan Majidi, Wikimedia, License)The 296-page Iranian parliamentary report concluded that from 2018 to 2021, senior officials at Mobarakeh Steel Company (MSC) abused their positions to defraud the government and their shareholders of billions of dollars.

This tremendous industrial complex is attributed to Iran sitting on top of an estimated 57 billion tons of metal reserves—or roughly seven percent of the world’s total supply—which it has exported to more than 38 countries worldwide, the report said.

But over the course of a 19-month long government investigation into MSC, the parliamentary committee found evidence of widespread fraud, cronyism, and corruption across several offenses, each of which resulted in losses totaling hundreds of billions or even trillions of Iranian rials.

The infractions discovered included senior directors mismanaging unfilled and fraudulent contracts as well as orchestrating under the table deals with domestic automakers, wherein they profiteered from steel surpluses at below market costs.

Executives at MSC further mispent exorbitant sums through their hiring of close relatives and even non-existent personnel, who on paper benefited from handsome salaries; this is on top of the astronomical salaries that they issued for themselves.

The report then noted that the senior executives, including CEO Hamidreza Azimian, attempted to launder their ill-gotten gains through unconventional and fraudulent expenses totaling trillions of rials. Such expenses included corporate bonuses, travel tickets, and falsified government invoices, to name a few.

What little documentation the oversight committee could obtain on these fraudulent expenses led them to conclude that they were never meant to see the light of day.

While the company is private, it is also a main subsidiary of the Iranian Mines and Mineral Industries Development and Renovation Organization, which is a major state-owned corporation that rules over the country’s mining sector.

This means that the directors behind this multi-billion dollar corruption scandal could soon expect to find themselves standing before a government committee to answer for their misdeeds.

As for any immediate penalties, the Tehran Stock Exchange suspended Saturday all further MSC trading; chief executive Mahmoud Goudarzi stated that trading will not resume until more information on MSC’s financial affairs is brought to light, local media reported.

Parliamentary officials noted that, going forward, stronger supervision will be needed to maintain Iran’s rich mining sector and prevent greed and corruption from leeching off of the benefits meant for society, as was the case with MSC.