Kazakh authorities arrested 23 people suspected of being members of a gang that used threats and blackmail to force IT specialists into running underground cryptocurrency mining farms. 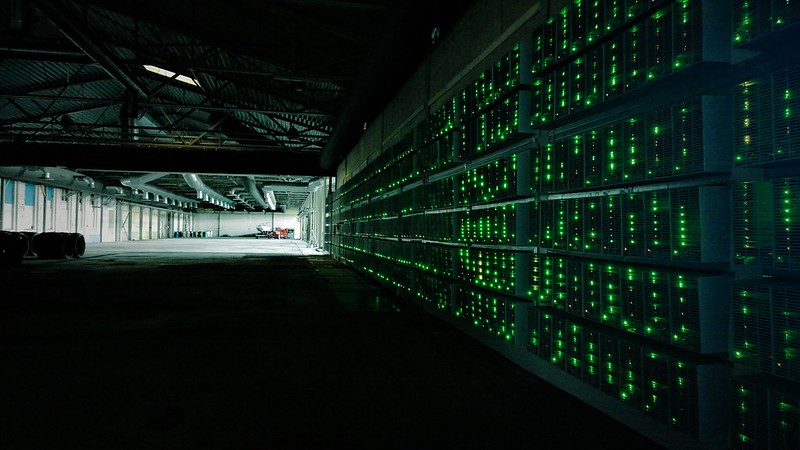 The Kazakh authorities addressed the problem of illegal cryptocurrency mining farms in a nationwide sweep this year. (Photo: Marko Ahtisaari, Flickr, License)Among the arrested were former convicts and criminally oriented persons specialized in acquisitive and violent crimes, such as extortion and patronage of illegal miners, as well as the use of weapons, said a police statement.

The racketeers would turn a profit of US$300,000 to $500,000 per month for running illegal mining farms in the town of Talgar in the country’s Almaty region.

One of the detainees was an army serviceman in possession of a Kalashnikov assault rifle, 60 rounds of ammunition, and pistols.

The operation resulted in the seizure of mining farm equipment worth around $7 million, crime instruments, black bookkeeping, a Soviet Makarov pistol, and three sets of fake license plates.

The energy-rich nation currently ranks as the third largest miner of bitcoin in the world, right after the U.S. and China.

However, according to a March report by the country’s Financial Monitoring Agency, the sector’s rapid growth, especially since November 2021, led to electricity shortage risks. The agency reported that over a 100 illegal mining farms were discovered during a nationwide inspection and shut down - a number of which were operated by high-profile business figues.

These included an ex-chairman of the state-owned QazaqGaz gas company, a former head of the drug crime department of the national police, and Kazakhstan’s 17th richest person.

This crackdown, however, was not to say that bitcoin mining would be outlawed as is the case in China - but there are clear signs indicating that the country is working on a regulatory approach. Last month, President Kassym-Jomart Tokayev signed new tax rates for bitcoin mining operators, Coin Telegraph reported.