Police in Europe Crack Down on Balkan Drug Cartel 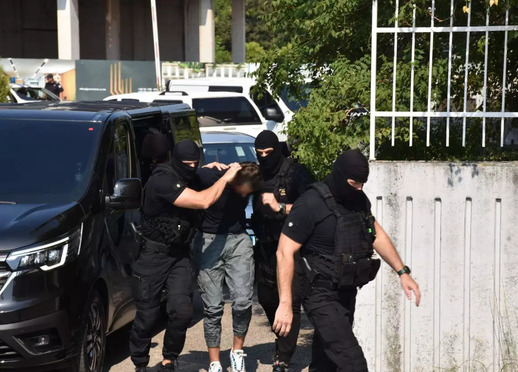 Among the suspects detained last week are citizens of Montenegro, Bosnia and Herzegovina, Croatia, Italy and Serbia. (Photo: Europol, License)In the early hours of July 27, 2022, authorities raided 37 sites in four countries, out of which 33 in Montenegro where eight suspects were arrested and luxury watches, money, documents, weapons and a speedboat were seized.

According to a press release from Europol, this “cross-border operation involving law enforcement authorities from Croatia, Italy, Montenegro, the Netherlands, Portugal, Serbia, Slovenia and Spain, and supported by Europol, led to the dismantling of a criminal organization trafficking cocaine from South America to the EU and beyond.”

Europol said that between 2019 and 2020, authorities seized some six tonnes of cocaine at four different places, in a Dutch Antilles in the Caribbean Sea, Ivory Coast, Portugal and Spain.

The seizure in Portugal prompted a deeper investigation that uncovered links between this criminal network and Italy’s ’Ndrangheta mafia.

Among the suspects detained last week are citizens of Montenegro, Bosnia and Herzegovina, Croatia, Italy and Serbia.

This latest crackdown on the Balkan drug cartel follows Europol’s last year move by European authorities who helped file criminal reports against more than 60 suspects belonging to the cartel which was flooding the continent with cocaine.