Spanish authorities, together with Romanian police and Europol, shut down Monday an online international scam operation that defrauded its victims of over three million euro (US$3.04 million). 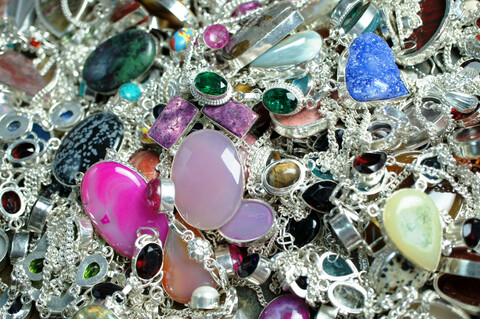 Spanish and Romanian authorities shut down an online international scam operation that defrauded its victims of over US$3.04 million. (Photo: PxHere, License)Police arrested nine alleged members of the group in a coordinated series of raids on eight locations, at which they were caught posting fake advertisements online for various goods such as jewelry, second-hand vehicles, and watches.

The case dates back to 2019 after a victim in Spain came forward to police after paying for a vehicle online. It turned out that the car does not exist. Investigators soon determined that this was not an isolated incident, but rather the work of a major international crime organization, largely based out of Romania.

Authorities claim that the scammers have defrauded victims all over the continent, including Poland, Switzerland, Portugal, Germany and Greece, and Spain.

Their modus operandi had them post fake advertisements online for expensive goods, and demand advanced payments after agreeing on a price with their “customers”. They would even appropriate legitimate ads but change the posted contact information in order to lure unsuspecting people into their web.

Once this down payment was received, the scammers would cease all contact and proceed to launder their ill-gotten gains.

Bank accounts fraudulently opened with false documentation or stolen identities from their victims were used to launder their illicit proceeds. Police say this was done by deceiving their victims into thinking that they needed their contact information in order to “formalize” the purchase contracts with them.

The money was then quickly and systematically transferred between front companies and the fraudulent accounts under the scammers’ control, before ultimately being withdrawn out of ATMs.

Police claim that the group committed no less than 70 scams, in a scheme that netted them at least three million euro ($3.04 million), although the true figure is believed to be much higher as the case has not yet concluded. Cybercrime specialists have been assigned to the investigation to help in this regard.

Collectively, the nine alleged members have been charged with fraud, money laundering, document forgery, and identity theft; an additional 21 individuals tied to the criminal enterprise remain under investigation following the raids.