A U.K. parliamentary committee has launched an inquiry into dangers associated with crypto assets as the government pushes to turn the country into a global crypto-hub. 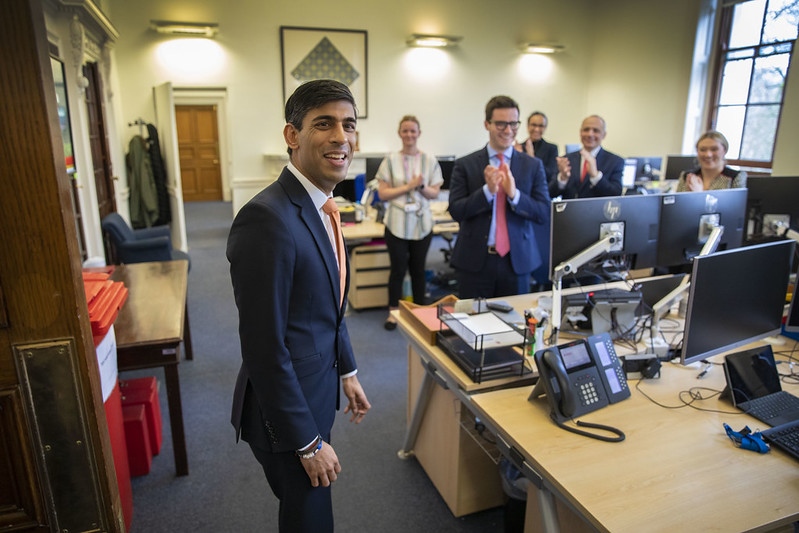 The UK’s push to become a future crypto hub began under former Chancellor of the Exchequer Rishi Sunak. (Photo: HM Treasury, Flickr, License)The Treasury Committee on Wednesday called for written evidence from experts and stakeholders to examine “the opportunities and risks” cryptocurrency and other digital assets pose to consumers and businesses, as well as how regulation might best protect investors.

“Crypto-assets have the potential to bring new and innovative changes to the U.K. financial system, the economy and broader society,” said MP Mel Stride, chairman of the committee.

“However, there are also significant concerns around their use to launder funds, purchase illegal products, and evade international sanctions,” he added.

Earlier in April, the government announced plans for a new ‘stablecoin’ regulatory framework, paving the way for use of these digital currencies as a recognised form of payment.

However, stablecoins aren’t entirely insulated from market volatility. The recent crypto-crash, which began in May and is since thought to have caused more than $300 billion in losses across the industry, has been widely attributed to the collapse of stablecoin TerraUSD.

Do Kwon, CEO of the South Korean crypto-firm behind TerraUSD, Terraform Labs, is currently fending off accusations he cashed out more than US$2.7 billion ahead of the currency’s spectacular crash.

He and the company are currently under investigation in the U.S. for alleged violations of securities laws and possibly money laundering, while South Korean prosecutors are reportedly weighing Ponzi scheme charges.

Due to the largely unregulated nature of the market, many argue that cryptocurrencies and other digital assets represent a considerable risk in terms of illicit finance, money laundering and fraud.

A recent series of reports by Reuters revealed how crypto exchange Binance allegedly became a hub for hackers, fraudsters and drug traffickers, laundering at least US$2.35 billion in illicit funds over just five years.

The recent addition of Ruja Ignatova to the FBI’s most wanted list also serves as a reminder of what can happen when crypto goes wrong. A convicted Bulgarian fraudster who’s been on the run since 2017, Ignatova is accused of defrauding victims of as much as $4 billion through OneCoin, a Ponzi scheme dressed up as a cryptocurrency investment opportunity.

As the U.K. continues pushing forward a crypto-friendly agenda, the European Union has arguably been more cautious in its approach to the growing market for digital assets.

In late June, the Bloc announced a provisional deal for regulating crypto-assets as part of a concerted effort to tame the “wild west” of the industry, as it has been described by several EU officials.

According to a release from the EU Council, the new rules would require crypto firms to acquire licenses from national regulators, and assume liability for lost consumer assets.

The agreement also increases oversight of firms with parent companies based in high-risk jurisdictions, as well as introducing a register of actors who do not comply with existing anti-money laundering regulations.