Greek Prosecutor: Charges against Journalists in Novartis Case Should be Dropped

A prosecutor at the Greek supreme court recommended on Tuesday that charges against five journalists accused of conspiring to defame politicians while reporting on the disputed Novartis corruption case should be dropped. 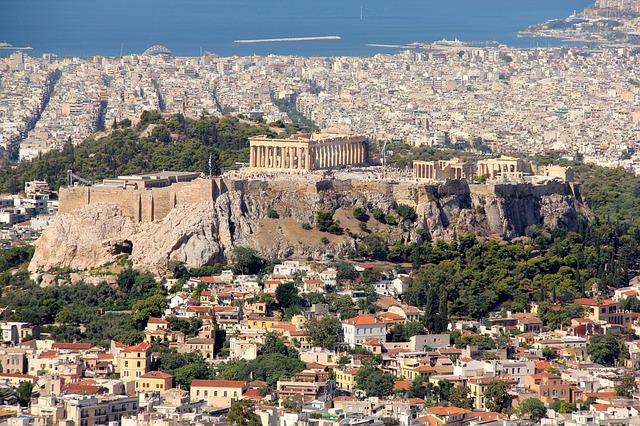 A prosecutor of the Greek Supreme Court in Athens said charges against journalists in Novartis case should be dropped. (Photo: sman_5, Pixabay, License)One of the journalists, Ioanna Papadakou, told OCCRP on Tuesday that so far this is only a recommendation and that the final decision is still pending.

Novartis acknowledged in two 2020 settlement agreements with the U.S. DoJ and SEC that it paid bribes to Greek doctors and politicians and paid US$347 million in fines. However, the Greek government politicized the affair, insisting that the reports about the case and and the investigations into it were ultimately aimed at urting political allies of prime minister Kyriacos Mitsotakis, the leader of the ruling Nea Demokratia party.

The indictment against the five journalists, including Ioanna Papadakou and the publisher of Documentonews Kostas Vaxevanis triggered a massive response from national and international organizations defending media freedom in recent months.

Apart from letting the reporters off the hook, prosecutor Eleni Metsovitou recommended that charges of membership in a criminal organization raised against anti-corruption prosecutor Eleni Touloupaki and two of her colleagues who took part in the investigation into bribes paid by the Swiss pharmaceutical company should be dropped.

This leaves Touloupaki and her two colleagues with charges of abuse of power and dereliction of duty.

The journalists and the prosecutors found themselves accused when a parliamentary majority of the ruling conservative party Nea Demokratia impeached former deputy justice minister Demetris Papangelopoulos who served in the cabinet of former left-leaning Prime Minister Alexis Tsipras.

The Novartis case has caused a rift in Greek politics which was fueled by various controversies, including a decision not to prosecute accused ministers who were found to have large amounts of money on their accounts that was of unexplained origin.

The latest controversy was caused by reports about a translation of an FBI document sent to Greek authorities describing some of Novartis’s practices having been altered in such a way that it omitted alleged wrongdoing of former Health Minister Andreas Loverdos.

The altered translation was part of the court documents in the case against Touloupaki and her two colleagues.

What seems to have been erased from the translated document was the role of Loverdos helping Novartis in 2010 introduce two specific drugs to the Greek market and in preventing in 2012 a competitor from introducing another drug. Loverdos received 20,000 euros for the 2012 favor, according to the FBI.