A Greek journalist union condemned the court summoning of a reporter who claims to be targeted by authorities for exposing officials believed to have received bribes from the Swiss pharmaceutical company Novartis and for writing about wealthy people suspected of evading taxes. 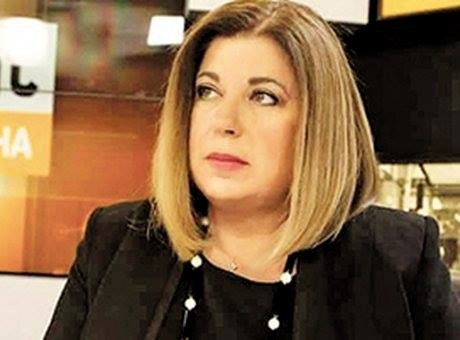 Gianna Papadakou (Photo: Private)“ESIEA expresses its support for Gianna Papadakou and stresses that reporting and investigative journalism, which are ingredients of free press protected by the Constitution, cannot be prosecuted,” the Journalist Union of Athens Daily Newspapers (ESIEA) said in a statement.

Papadakou told OCCRP on Monday that she is set to appear in front of magistrates on January 11 to answer questions about her reporting about the Novartis bribery case as well as about claims of a Greek-Israeli businessman that she and others had tried to extort money from him.

“I wrote about Novartis and I exposed it in my TV shows,” she said.

While Novartis agreed in 2020 to pay US$347 million as part of a settlement with the U.S. Department of Justice and the Securities and Exchange Commision over violations of the Foreign Corrupt Practices Act, in which it acknowledged making illegal payments to Greek healthcare providers and officials, Greece itself did little to hold the Swiss pharmaceutical company and the recipients of the bribes to account.

Instead, prosecutor Eleni Touloupaki who was investigating Novartis and Greek top politicians, including two former prime ministers, had the case removed from her.

To add insult to injury, Touloupaki was accused of abuse of power in another case and had a criminal case opened against her. The same Greek-Israeli businessman that accused Papadakou, accused her for extortion as well.

Touloupaki told OCCRP at the time that ever since she started probing the Novartis bribery case, she has been politically persecuted as a result. “They managed to turn the auditors into defendants in order to stop any judicial investigation,” she told OCCRP in 2020.

Papadakou said the real reason for the accusations against her is her reporting about people suspected of hiding their wealth from tax authorities.

“They are targeting me because I was reporting about people on the Lagarde-List and because I was a witness in the parliamentary inquiry,” she said, referring to a list of thousands of people, including about 2,000 wealthy Greeks, who had secret bank accounts in the Geneva branch of HSBC.

The list with the Greek depositors, containing many members of the country’s elite, was handed by then French Finance Minister Christine Lagarde to her Greek counterpart in 2010, when his government imposed unprecedented austerity measures as part of a mammoth international bailout agreement. But he took no action and was later accused of having removed the names of his relatives from it.

In a December 2012 press report, Papadakou said that one of the names on the list was that of an employee of a company owned by the same Greek-Israeli businessman who denounced her.

She also reported that he had been investigated in the U.S. for tax-related offences. In response, the businessman sued Papadakou for defamation in London and won the case in 2014 after she failed to appoint lawyers to represent her.

Years later, the publishing of the list triggered a parliamentary inquiry at which Papadakou testified for eight hours. It ended with the impeachment of the finance minister, who subsequently was convicted.

Papadakou said that the ongoing process against her was “invalid,” and complained that the Greek judiciary violated procedures. She filed a complaint with the European Court of Human Rights, which deemed her case admissible a year ago.

The case against Papadakou might be an example of why the European Commission is keeping a close eye on press freedom in Greece.

"The 2021 Report of the Committee on the Rule of Law pointed out the ongoing attacks and threats against the physical safety of journalists in Greece,” Vera Jourova, the Vice-President of the European Commission, said last month, according to a statement by the Greek opposition party, Syriza.

“The Commission's 2022 report on the rule of law will continue to pay particular attention to developments concerning freedom of the press and the safety of journalists," she was quoted as saying.

According to Reporters without Borders Greece dropped five points in its press freedom ratings in 2020 alone.