German authorities are investigating a peculiar case involving a Berlin dentist who sold millions of euros’ worth of properties owned by the Russian state, allegedly by using forged powers of attorney, German outlet Der Spiegel reported in cooperation with OCCRP. 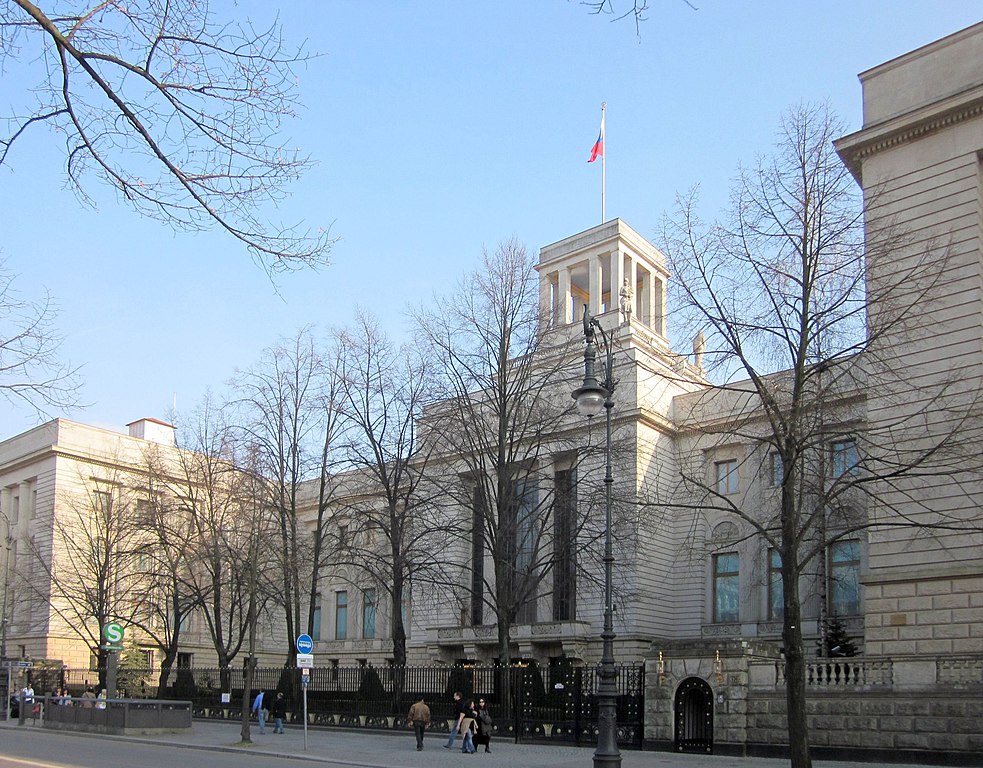 A dentist from Berlintried to sell even land owned by the Russian Embassy in the German capital. (Photo: Jörg Zägel, Wikimedia, License)In March, a real estate agent was visiting a plot of land he thought he had bought in the up-and-coming Berlin district of Karlshorst when he was stopped by two Russian embassy staff who claimed the Russian government had not actually sold the property.

Both the real estate agent and the Russian embassy filed a criminal fraud complaint.

It turned out that other properties owned by the Russian state had also been sold, apparently without Moscow’s knowledge.

Investigators are still trying to work out whether the sales resulted from corruption, fraud, sabotage, or for some other reason.

The name of a retired dentist appeared repeatedly.

The 69-year-old was born in what is now Ukraine and investigators found he portrayed himself as a representative of the Russian state to land registries and real estate agents, presenting professional-looking powers of attorney.

The Berlin criminal police suspects the dentist had a close relationship with a woman from Ukraine who posed as a high-ranking officer of a Russian intelligence service and allegedly endowed him with the power of attorney.

Reporters were able to see chats from February 2020 in which the woman sent the dentist an image of a document allegedly signed by the head of the presidential administration authorizing him to sell Russian land in Berlin.

OCCRP researchers were able to compare signatures on unrelated documents signed by the same officials who allegedly granted the man power of attorney, which showed that they looked highly dissimilar.

The sale to the real estate agent took place in September 2021. In February this year, the dentist also sold a lakeside property in Brandenburg and the former USSR consulate general in West Berlin to a company owned by his sons, the investigation found.

Documents also suggest there were aims to sell parts of the embassy complex in central Berlin. But before the sale could happen, Russian officials caught on to the deals and moved to invalidate them.

The Soviet Union maintained various barracks and residential complexes in Germany after the end of the Second World War. A large amount of property still belongs to Russia today, including old military properties, commercial agencies, or consulates, often in prime locations.