At the request of U.S. authorities, police on the Pacific island of Fiji seized last week the US$300 million superyacht of sanctioned Russian oligarch Suleiman Kerimov. 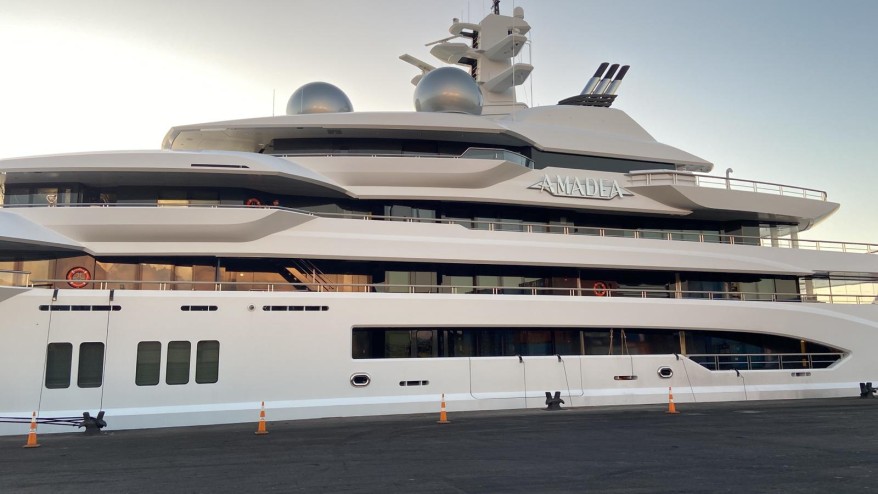 Amadea, superyacht of sanctioned Russian oligarch Suleiman Kerimov, seized in Fiji. (Photo: The U.S. Department of Justice, License)“As you know, the President [Biden] has made clear we will go after Russian oligarchs and their ill-gotten gains using every authority we have to hold them accountable,” White House press secretary Jennifer Psaki told reporters.

A seizure warrant from a U.S. court said the motor yacht Amadea, a 348-foot luxury vessel, had docked at the port of Lautoka last month and was making plans to leave the island on April 14 for the Philippines.

FBI special agent Timothy J. Bergen said he had enough reason to believe that the yacht could also head for Russian waters, where it would be safe from authorities that would want to seize it.

But before it left the harbor, Fijian authorities obtained another seizure warrant from a local court enabling law enforcement to confiscate the superyacht.

Before docking in Fiji, the Amadea had sailed Caribbean waters, passed through the Panama Canal, touched Mexico and then made its way to the South Pacific archipelago.

The seizure “nearly 8,000 miles from Washington, D.C., symbolizes the reach of the [DOJ] as we continue to work with our global partners to disrupt the sense of impunity of those who have supported corruption and the suffering of so many,” Director Andrew Adams of Task Force KleptoCapture said.

“This Task Force will continue to bring to bear every resource available in this unprecedented, multinational series of enforcement actions against the Russian regime and its enablers,” he added.

So far, this task force has focused on seizing yachts and luxury goods from Russian oligarchs close to President Vladimir Putin in an attempt to disrupt the Kremlin’s war machine.

Since Russia invaded Ukraine, authorities from around the world have frozen luxury vessels, goods and mansions from sanctioned Russian billionaires.

A press release from the DOJ designated Kerimov as part of a group of Russian oligarchs who profit from corruption and the Russian government’s malign activity around the globe, including the occupation of Crimea.