Azerbaijani President Ilham Aliyev appointed the chairman of a bank owned by his family members as the new governor to the country’s Central Bank. Opposition leaders see the move as Aliyev’s complete takeover of the country’s banking system. 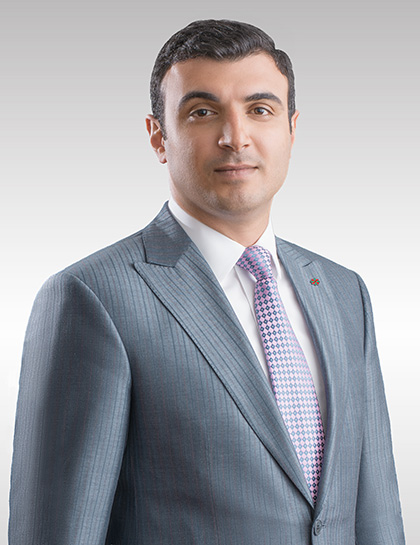 Taleh Kazimov, newly appointed Governor of the Azerbaijan's Central Bank. (Photo: Ladytimide, Wikimedia, License)The appointment of Taleh Kazimov - the chairman of Pasha Bank, which is owned by Aliyev’s daughters Arzu and Leyla and their grandfather Arif Pashayev - came after the President proposed to the Parliament the removal of Elman Rustamov, 69, who held the position of the governor since 1995.

Lawmakers voted to dismiss Rustamov and replace him with Kazimov without providing any reasons. Rustamov was reappointed to the position in April 2020, which would give him another three years to stay at his office. Instead, he was appointed as advisor to the prime minister.

"I thank the President of Azerbaijan Ilham Aliyev for showing his confidence in me," Kazimov said in his address to Parliament.

Many in Azerbaijan are skeptic about the replacement and see it as Aliyev’s complete takeover of the banking system. Since Pasha Bank was established in 2007, Kazimov has held different positions there, from risk manager to CEO and chairman.

One of the first reactions came from opposition leader Ali Karimli, chairman of the Azerbaijani Popular Front Party, who wrote on Facebook that the appointment will complete the process of handing over the country’s banking system to Pasha Holding.

“No matter what happens in the world, the expansion of the family government and family business remains the main priority of Aliyev’s government,” Karimli wrote.

According to economic expert Gubad Ibadoglu, the replacement of the central bank governor with a loyalist takes away the Central Bank’s independence and that is very worrying.

One of the most important issues in all countries is the independence of the institution in charge of banking “and this proved once again that there is no independent bank in Azerbaijan. Its policy has also been adapted to the wishes and interests of the president,” he told OCCRP.