From a distance, Azerbaijan may look like any other oil-rich country.

Its capital Baku shines at night, thanks to the multicolored lights from newly-constructed futuristic buildings that evoke the architectural playgrounds of the United Arab Emirates. The government is happily spending billions on marquee events to show off the country such as this year’s 2015 European Games, expected to cost US$ 8 billion. 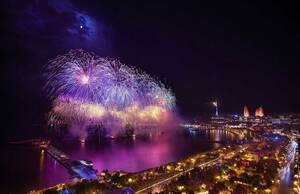 But while outwardly the country is rich, that wealth is not trickling down to the 9.6 million citizens of Azerbaijan who increasingly are going into debt to survive.

As of Feb. 1, there were 2.3 million people who had bank loans, a sharp increase of 17.7 percent in one year, as many struggle to cover sharply rising living expenses.

Borrowing this money is not cheap: interest rates on consumer loans in 2014 averaged 18 percent, three times higher than in the European Union.

But while the people increasingly struggle, one family is benefiting from the misery: the family of President Ilham Aliyev. According to records collected by the Organized Crime and Corruption Reporting Project (OCCRP), members of the Aliyev family and their close advisors are significant shareholders in at least eight major Azerbaijan banks. They control assets in those institutions worth more than US$ 3 billion.

In keeping with Azerbaijani law, President Aliyev has no known bank shares in his name. But his three children are linked to some of the banks through Ata Holding, a conglomerate that also includes the Aliyev family’s vast and growing holdings in other economic sectors, including telecommunications, construction, transportation, mining, and gas and oil.

In addition, President Aliyev’s father-in-law, Arif Pashayev, controls Pasha Holding, a conglomerate with interests in banking, as well as construction, insurance, travel and investments, according to an Ernst and Young audit. 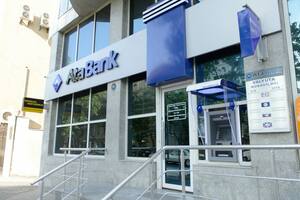 Inflation has averaged 7 percent annually in Azerbaijan since 2007, which may help explain why so many people are borrowing money to cover both daily expenses and huge one-time costs like the lavish weddings that are standard in Azerbaijan. By comparison, the annual rate of inflation for European Union countries has exceeded 3 percent only in 2009, and the inflation rates on average have been near zero for the past five years.

On top of all this, the value of the Azerbaijan manat dropped 33 percent against the US dollar on Feb. 21. As a result, many people in Azerbaijan are suffering their most serious cash squeeze in more than a decade.

Yet even taking into account the severe drop in the currency exchange rate, OCCRP calculates that the banking assets controlled by the family and close advisors at the beginning of 2014 were worth at least US$3 billion.

On that date, these eight private banks held 19 percent of the country’s banking assets. Three of these banks (Capital Bank, Xalq Bank and Pasha Bank) were ranked in the top four in assets held by private banks. The majority state-owned International Bank of Azerbaijan held 38 percent of bank assets.) There are 45 banks currently doing business in Azerbaijan.

Since Ilham Aliyev became president in 2003, his family members’ personal financial stake in many of Azerbaijan’s leading economic sectors has grown. The children’s ties to the banking sector are just the latest to come to light.

According to corporate records, Ata Holding is 75 percent owned by companies that list daughter Leyla, age 29, and Arzu, age 26, as officers – and the “ultimate controller of (Ata Holding)” as Heydar Aliyev, the 18-year-old son of the president. Ata Holding, in turn, holds shares in two banks.

These bank records extend through Dec. 31, 2013. OCCRP is not yet able to collect all 2014 records, but at least three of these banks saw their assets grow rapidly in 2014 – Pasha Bank by 40 percent, Atabank by 56 percent and Xalq Bank by 31 percent.

“I don’t think the Azerbaijani people know about the President’s family’s assets in the bank sector. Many people know that Pasha Bank and Kapital Bank belong to the President’s family. But about the other banks, I think people have no idea. The problem is a 2012 amendment in the law on access to information, which closed registry information for commercial institutions”, said Zohrab Ismayil, a prominent Azeri economist currently working overseas on a fellowship program.

Here is what the OCCRP analysis of bank data and records found:

Ata Holding controls 76 percent of the shares. Another 15.9 percent are listed in the name of Deputy Minister of Taxes Kamil Ashrafov. An earlier OCCRP investigation revealed that Ashrafov purchased high-end real estate for Aliyev’s daughter Arzu in the Czech Republic. 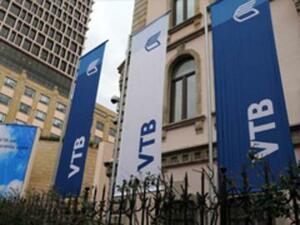 Ata Holding controls 49 percent of the shares. The majority share of 51 percent is held by Bank VTB OJSC, which is majority owned by the government of the Russian Federation. 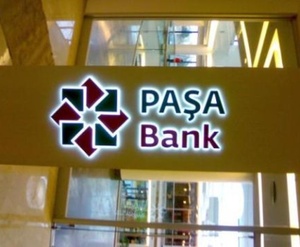 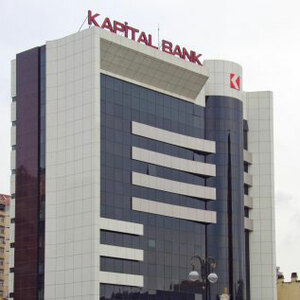 Pasha Holding controls 99.8 percent of Kapital Bank’s shares, and bank documents list Leyla and Arzu Aliyeva as the ultimate owners. The financial institution traces its history back to 1874 and claims to be the first savings bank established in Baku. 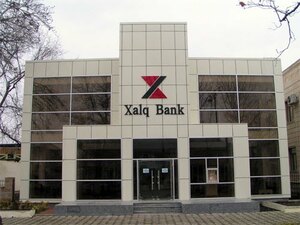 Its shareholders in a 2012 independent audit report by Crowe Horwath were Ideal Biznes Ko LLC (50 percent), Yevro Standart LLC (34 percent) and Avangard-1 LLC (16 percent). However, the ultimate controlling party was listed as L. Aliyeva. The bank was formed in 2004, one year after President Aliyev was first elected. 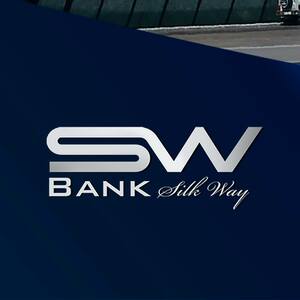 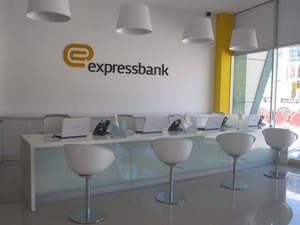 ADOR LLC controls 42 percent of the shares. A 2013 audit report lists ADOR LLC as having ultimate control of the bank. ADOR’s only known registered address is Samad Vurgun 7 in Baku. Also registered at that address are the first lady of Azerbaijan, Mehriban Aliyeva, and her daughters Leyla and Arzu. 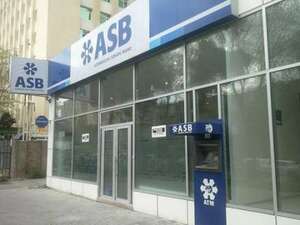 Anadolu Investment Company, owns 94.2517% of Azerbaijan Industrial Bank. Anadolu investments has links to the Gozal brothers, Hassan and Abdolbari. Documents indicated that Anadolu’s representative in the tax ministry is Leyla Gozal Abdolbari. She is the daughter of Abdolbari Gozal. Hassan Gozal set up three offshore companies in the British Virgin Islands for the presidential daughters, according to an investigation by the International Consortium of Investigative Journalists. 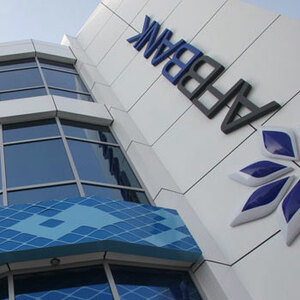 99 percent of its shares are controlled by Gilan MMC, a major real estate and construction conglomerate that has benefited immensely from a building boom that has seen Baku try to reinvent itself as an Emirate-style 21st-century dream city. 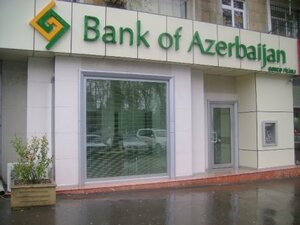 Anar Mammadov is the son of Minister of Transportation Ziya Mammadov, who is close to the ruling family. Anar Mammadov was at one time an 81 percent owner of the bank. An OCCRP investigation established that Ziya Mammadov shares multiple business interests with Baghlan Group founder Hafiz Mammadov (no relation). 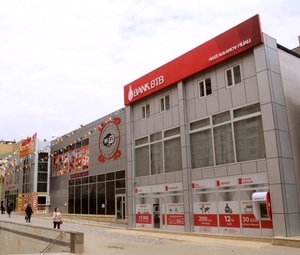 Mehdiyeva Nigar Ismayil controls 75 percent of the shares. She is the daughter-in-law of Ramiz Mehdiyev, the powerful head of the Presidential Administration who works very closely with Aliyev. She is also on the Supervisory Board.

The lack of competition has not only raised rates but may have had other effects. “For the last three years, we don’t see much competition in the banking sector, and in some banks the level of service has gone down,” said Zohrab Ismayil, the economist.

He also called for greater transparency.

“It is very important that the assets of public servants be declared. Despite the existence of relevant legislation, the government has not enforced it since 2005. I think this legislation should also cover family members of the president and other high level officials, as well as members of Parliament and opposition leaders.”

Here are two charts showing the value of the holdings of the Aliyev family and their close associates in these banks. The figures listed are for December 31, 2013. The dollar value takes into account the 33 percent drop in the currency exchange rate on February 21. The amounts have been rounded off to the nearest thousand.