Much like a gambler who devises a new scheme to fool the casino, Russia’s commercial fleets have started to engage in maritime operations under the radar in defiance of international sanctions. 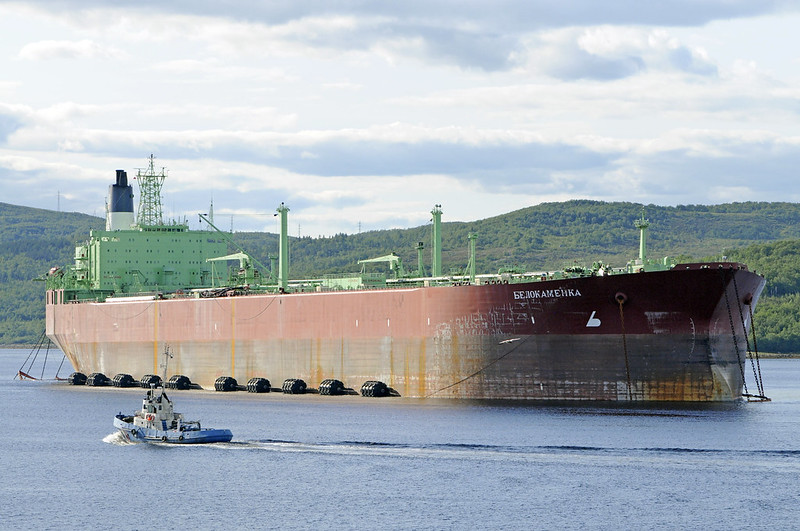 Expert opinions warn that this development could potentially alter the manner in which maritime trade is conducted and enforced around the globe.

“We’re in a very rapid period of transition from how things were to how things will be,” Dr. Ian Ralby, Founder and CEO of I.R. Consilium, an American firm that specializes in maritime law and security, told OCCRP.

With Russia cut off from international markets, its commercial fleets may seek to augment sanctioned operations and resort to non-traditional payment methods, which would lay the foundations for an off the books economy, Ralby said.

And to add another layer of discretion, Ralby says that Russian-sanctioned entities could potentially operate under a different name or even a different flag in order to make it harder for authorities to trace their operations back home.

Meanwhile, for prospective new buyers, there is now an opportunity to establish a marriage of convenience with Russia where it did not exist before.

For instance, countries that are also heavily sanctioned by the West, like Iran and North Korea, now find themselves on more similar footing with Russia; they therefore benefit from a much lower risk-return ratio in doing business with each other.

And as for non-sanctioned entities, a willingness to engage with sanctioned states such as Russia can be a lucrative opportunity that is well worth the risk, since the scrutiny and consequences that come from discovery can give buyers more leverage in negotiating favorable terms.

Essentially, “they can actually make more than they would in the legitimate economy by showing a willingness to partner and work with the economies that can’t work with everybody else,” Ralby told OCCRP.

Such enticements need not exclusively be offered in the shadows either, if the buyer is not bound by a particular country’s sanctions. Last month, Russia attempted to mitigate its crude oil losses with the West by offering discounts to India of as much as US$35 per barrel, according to Bloomberg.

White House press secretary Jen Psaki noted that while every country has “different economic reasoning” for accepting business with Russia, she stressed that “the rest of the world is watching where you’re going to stand as it relates to this conflict, whether its support for Russia in any form as they are illegally invading Ukraine.”

Like organized crime, dark activity is not localized in any single country, region, or body of water and Ralby suggests that efforts to counter it must therefore be just as fluid and interconnected.

“What we need to do is exercise greater global maritime domain awareness in terms of scrutinizing the global fleet, the movements, and activities of vessels all over the world,” he explained. “Because if we’re not watching globally, we’re likely to miss something.”