Land registry documents show that an Azeri lawmaker purchased two luxury London homes for 26.5 million pounds (US$34.5 million) — even as U.K. authorities were investigating whether some of the money he had transferred to his family’s local bank accounts was linked to money laundering. 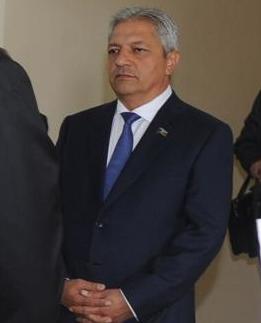 Neither Feyziyev nor the members of his family have been charged with any crime. However, in 2019 the authorities froze a total of 15.3 million pounds (US$20.5 million) on the accounts of his wife Parvana Feyziyeva, his son Orkhan Javanshir, and his nephew Elman Javanshir while they investigated allegations that the money had been laundered through a vast money transfer system uncovered by OCCRP in 2017.

Of the 15.3 million pounds, the Westminster Magistrates Court in the end approved the seizure of 5.6 million pounds (US$7.56 million), finding that it had arrived throughthe international money laundering scheme called the “Azerbaijani Laundromat.”

“This is a substantial forfeiture of money laundered through the Azerbaijan Laundromat, and our success highlights the risk to anyone who uses these schemes,” the Head of Civil Recovery at the NCA, Andy Lewis, said in his January statement.

A spokesman for the family said after the verdict that the Feyziyevs were “relieved” that the judge has allowed them to keep some 10 million pounds ($13.5 million) of the sum the NCA tried to seize, “and that this long running matter has at last been resolved, for the most part, in the family’s favor.”

One of the properties Feyziyev purchased during the investigation cost 8.1 million pounds and the other 18.4 million. Feyziyev family’s spokesperson told Bloomberg that Feyziyev had reserved the Chelsea Barracks properties when they were still under construction, years before completing the purchases.

He said that the apartments were purchased with loans from a private U.K. lender and a foreign bank because “the family was struggling to access the cash at that time,” Bloomberg reported.

The family's spokesperson told OCCRP he could not disclose who the money had been borrowed from.

The construction of the first phase of the Chelsea Barrack project began in 2015. The first residents moved in four years later.

These are not the first properties Feyziyev has purchased in the United Kingdom. According to court records, in 2013, the family’s London property was worth four to five million pounds.

In 2017, an OCCRP investigation revealed that two companies that use the same name as the major Azerbaijani pharmaceutical company Avromed, which was founded by Feyziyev, had received $138 million from the Azerbaijani Laundromat.

The investigation was the subject of a libel claim against OCCRP by Feyziyev, which was settled on agreed terms. He categorically denies involvement in money laundering or any unlawful activity.