The Sri Lankan Navy arrested on Wednesday one suspect and seized more than 400kg of cannabis concealed in a fishing trawler in the latest interception of vessels smuggling drugs from India to the island. 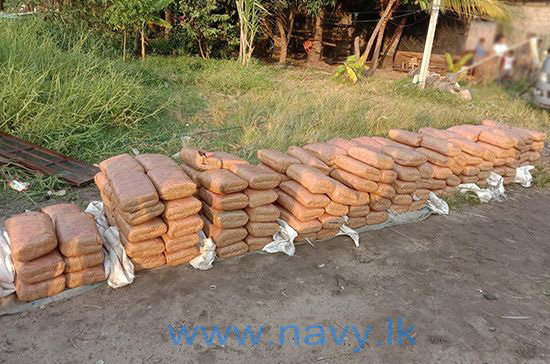 The Navy along with Sri Lanka’s Police Special Task Force (STF) units recently increased monitoring operations along the country’s coastal areas to thwart a rise in drug smuggling from India.

In December, the Navy had seized nearly 275 kilos of cannabis from the Indian province of Kerala and in July 2021 more than 340 kilos. of cannabis from a dinghy carrying Kerala cannabis. The estimated street value was valued at nearly Rs 103 million ($510,000).

The southwestern Indian province of Kerala is known for its cultivation of cannabis and is widely recognized for a specific strain known as IIdukki gold or Kerala gold, according to a news report.

The most common ways of smuggling the drug here is by dinghies and fishing trawlers, rather than concealing it in larger containerships.