The Committee to Protect Journalists urged Pakistan to immediately revoke a law that increases the prison term for defamation on social media from three to five years, arguing that it further criminalizes freedom of expression in the country. 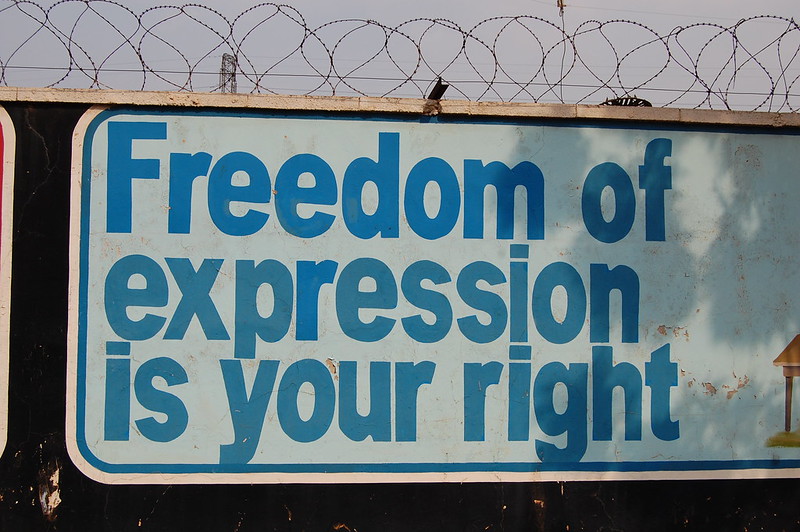 The Committee to Protect Journalists urged Pakistan to immediately revoke a law that increases the prison term for defamation on social media from three to five years, arguing that it further criminalizes freedom of expression in the country. (Photo: Rachel Hinman, Flickr, License)Pakistani president, Arif Alvi, approved of the amendments to the 2016 Prevention of Electronic Crimes Act last weekend. From now on citizens can report to the police anyone suspected of delivering what they believe are fake news, and if arrested the suspects won’t be allowed to pay bail during trial.

Law Minister Farogh Naseem said this would not be used to gag the media and that criticism would be allowed as long as it does not constitute “fake news.”

“Pakistan authorities must immediately revoke the ordinance, which would allow the government to imprison people for what it deems to be unacceptable speech,” he said.

The new bill, titled Prevention of Electronic Crimes (Amendment) Ordinance, 2022, changes a section of the Act from 2016 related to sharing information that harms the “reputation or privacy of a natural person.” In addition, under the definition of a “person” it includes companies, associations, groups of people, or government bodies.

But even before it was amended, the Act from 2016 was used to harass, investigate and even arrest journalists. In addition, the Act opened space for crimes such as the “glorification” of terrorist offences and “cyber terrorism”.

On August 7, 2021, police arrested the CEO of the privately owned news agency Googly News TV, Amir Mir, and journalist Imran Shafqat, a host of the YouTube news commentary channel. They were accused of “electronic forgery; making, obtaining, or supplying a device for an offense, and transmitting malicious code.”