A Swiss court dismissed on Thursday a lawsuit brought by the sister of a Ukrainian oligarch against the country’s immigration authorities who refused to naturalise her over doubts about the origin of her wealth. 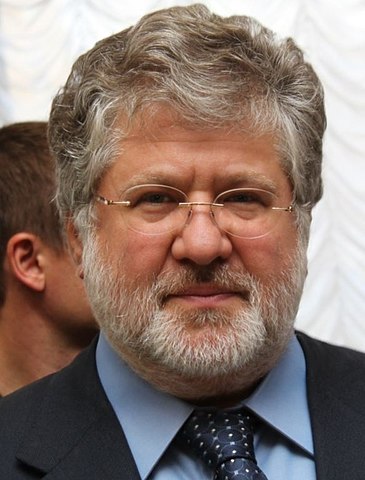 A Swiss court dismissed a lawsuit brought by the sister of a Ukrainian oligarch against the country’s immigration authorities who refused to naturalise her over doubts about the origin of her wealth. (Photo: Справедливість, Анна Безулик, Wikimedia, License)The ruling was partly based on OCCRP’s revelations from 2019 about her brother’s links to organized crime and her access to dirty money.

Larisa Chertok, an Israeli citizen and the sister of Ihor Kolomoisky, argued in court that she had bought her luxurious villas and apartments in Switzerland with clean money lent to her by her father and Bank Claridon Leu (now Credit Suisse).

But the court found it “astonishing that she has not provided any tax documents showing her income and assets'' and therefore “has not cleared herself from doubts about the origins of the assets.”

The court’s decision referenced a report on Chertok’s relationship to Kolomoisky written by Switzerland’s Federal Intelligence Service (FIS). The FIS report was extensively based on OCCRP’s reporting on Kolomoisky, his sister and their luxury Swiss assets, the court said.

Like OCCRP, the Swiss FIS found that Kolomoisky had “strong connections to Russian-Ukrainian organized crime and Chertok had “access to illegal money and criminal circles.”

“There is no dividing line between Kolomoisky’s activities and those of his sister,” the FIS found, as quoted in the court decision. Chertok had supported Kolomoisky with her own money of unclear origins, when his assets were frozen, according to the FIS.

Chertok disputed that Kolomoisky had openly admitted paying millions of dollars in bribes, as reported by OCCRP, but the court found the reporting to be correct and said that “[t]here is no reason to doubt the independence of the OCCRP journalist collective.”

As a result of Chertok’s connection to Kolomoisky, her naturalization would “imperil Switzerland’s internal or external security,” the court found.