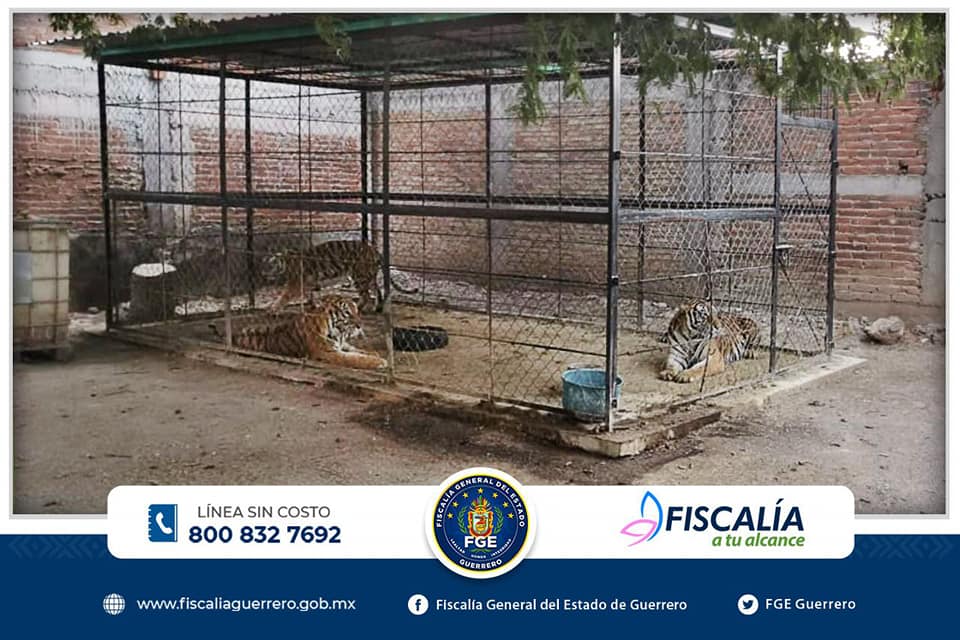 Mexican officials found the tigers in an insalubrious cage in Quechultenango city, Guerrero state, which is a stronghold of the Los Ardillos.

The criminal group was founded by Celso Ortega Rosas, alias La Ardilla (The Squirrel), some two decades ago. Since then it has controlled drug trafficking in parts of the region. Rosas was murdered in 2011 and his three sons took over the group’s criminal activities, InSight Crime reported.

The Los Ardillos are embroiled in an ongoing feud over control of drug trafficking routes towards the U.S. with at least two other Mexican criminal groups: Los Rojos (The Read Ones) and Los Guerreros Unidos (The United Warriors), the International Crisis Group reported.

Members of the Los Ardillos allegedly ambushed and killed ten indigenous musicians about two years ago, which prompted a local indigenous self-defense group to mobilize and recruit even children between the ages of six and 15, local media reported.

Feeding rivals to tigers may appear to be a novelty in the underworld, it has been widely reported that Mexican drug traffickers like to keep exotic animals, such as crocodiles, lions, and tigers, as their pets.