After a sharp increase in 2020, new figures show that piracy in the Gulf of Guinea declined in 2021, particularly after the Royal Danish Navy sailed in to take on the pirates last fall, the Nigerian Maritime Administration and Safety Authority (NIMASA) announced in a statement on Sunday. 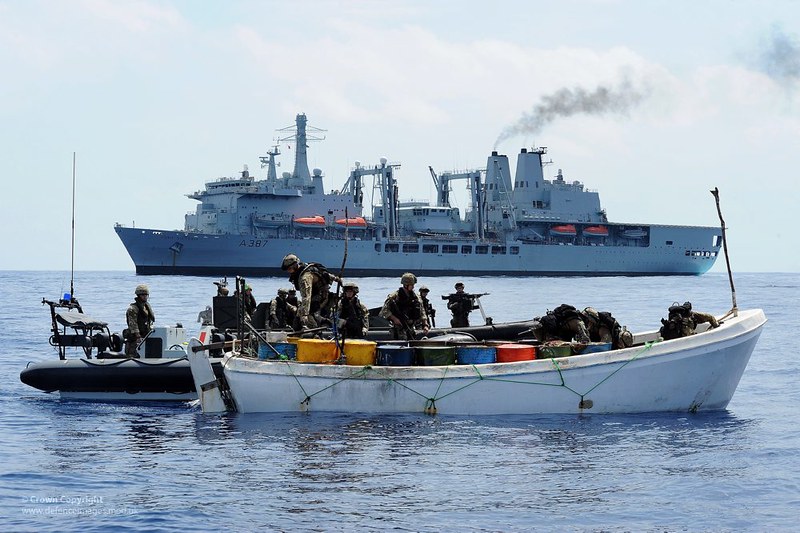 After a sharp increase in 2020, new figures show that piracy in the Gulf of Guinea declined in 2021, particularly after the Royal Danish Navy sailed in to take on the pirates last fall, the Nigerian Maritime Administration and Safety Authority (NIMASA) said. (Photo: Dave Jenkins/Defence Imagery, Flickr, License)The waters of the Gulf of Guinea are a major shipping route and gateway to Africa, bordering 16 countries including Africa’s largest economy, Nigeria.

Though the region remains the most dangerous in the world for maritime piracy, incidents of piracy have dropped from 81 in 2020 to only 34 in 2021, and while more than 150 crew members were kidnapped to be ransomed by pirates in 2020, only 57 suffered the same fate in 2021, according to an annual report by the International Maritime Bureau’s (IMB) Piracy Reporting Center.

“IMB attributes the drop in incidents to vigorous action taken by authorities but has called for continued coordination and vigilance to ensure the long-term protection of seafarers,” said an IMB statement.

“The increased presence of international naval vessels and cooperation with regional authorities has had a positive impact – including, commended, robust actions of the Royal Danish Navy in neutralizing a suspected pirate action group in late November,” it explained.

Unlike pirates in other regions, in the waters off of West Africa, pirates have favored kidnapping crews for ransom rather than stealing cargo, or hijacking entire vessels. Human beings, they've found, are far more movable, can be kept discreetly in the pirate's jungle camps in the Niger Delta region and often fetch a higher price.

“While the overall reduction in globally reported incidents is welcomed, the IMB Piracy Reporting Center urges coastal states to acknowledge the inherent risk from piracy and armed robbery and robustly address this crime within the waters of their exclusive economic zone,” said IMB Director Michael Howlett.