In 2020, Pakistani officials blocked a massive shipment of illegally trapped falcons, including endangered species, from being trafficked out of the country to markets in the United Arab Emirates (UAE). 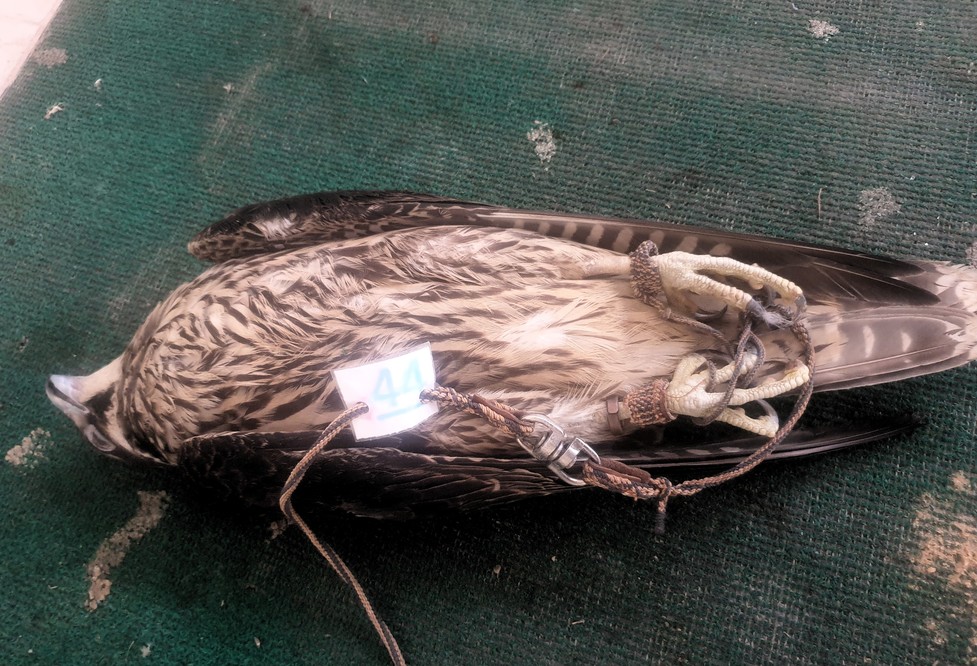 In 2020, Pakistani officials blocked a massive shipment of illegally trapped falcons, including endangered species, from being trafficked out of the country to markets in the United Arab Emirates (UAE). (Photo: Kamaran Khan Yousafzai)The birds, many species of which are native to the mountainous and desert regions in northern Pakistan, fetch high prices in the Emirates and elsewhere in the Gulf region where falconry has a long history. The birds cost from US$1,000 to nearly $30,000.

The trade works both ways, as many falcons are brought into the country by Emiratis for lavish hunting parties. The falcons are used to hunt other birds, including vulnerable species like the houbara bustard which is valued as an aphrodisiac, AFP reported.

In December 2020, Pakistan’s Prime Minister Imran Khan outraged conservationists when he gave special permission to Saudi Prince Mohammed Bin Salman and his entourage of royals to hunt the bustards during an outing to Pakistan.

For local trappers, supplying the Gulf Arabs is a hard market to refuse. And often there is very little risk.

As many as 700 falcons were believed to have been trafficked out of Pakistan, most through the port of Karachi, in 2020 alone, AFP reported.

The load of 75 birds Pakistani authorities intercepted in 2020 was valued at $1.2 million.

However, just over a year after the massive bust, 70 of the 75 falcons they seized have died after the government delayed releasing them into the wild or moving them to more suitable climates for their species.

The Pakistan Falconry Association was tasked with caring for the birds by the Pakistani authorities. Kamran Khan Yousafzai, association president, told OCCRP, "Keeping falcons in the southern port city of Karachi was not a wise decision as the habitat and weather was not favorable for falcons.”

“In summer they can bear temperatures from 30 to 34 degrees celsius [86 to 93.2 Fahrenheit] and we managed air conditioners and fans, but they did not survive.” He said that most of the birds succumbed to such ailments as Newcastle disease and viral pox infections “and died one by one in the months of August and September last year.”

Yousafzai, who cared for the falcons from October 2020 to January 2022, said that ultimately the decision was made to transport the surviving falcons to the more suitable Gilgit Baltistan region on the border with Kashmir in Pakistan's north.

According to wildlife expert Malik, the delays and mismanagement that led to the falcons’ deaths are all too common in Pakistan.

“The Pakistani criminal justice system is archaic and excruciatingly slow,” he said. “When combined with a very inefficient and lethargic bureaucracy, this can produce absurd but catastrophic results, as we have seen with the death of these 70-odd birds in custom office custody.

“The Customs Court should have immediately ordered the release of these birds or asked them to be handed to the department of wildlife, after these had been initially identified, photographed and tagged. There was absolutely no need to hold on to these majestic birds.”

The collection was diverse, he noted. "There were both male and female birds, some were adults and others had not reached the adult age. . The five survivors could not be released as they [have been] kept inside for almost a year and a half and their survival in their natural habitat would be difficult because they have forgotten how to hunt."