Bulgarian police took down an online investment scam and money laundering network on Wednesday, alleging a single member personally defrauded German and Greek investors of more than €10 million (US$11,142,350). 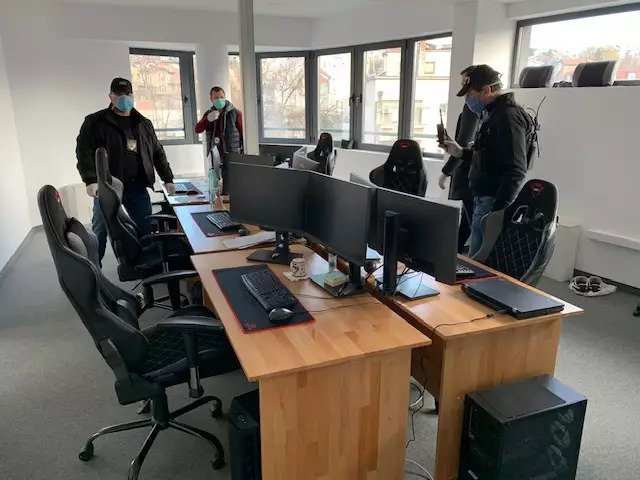 Bulgarian police took down an online investment scam and money laundering network, alleging a single member personally defrauded German and Greek investors of more than €10 million (US$11,142,350). (Photo: EUROPOL, License)Investigators say that the criminal network conducted its business out of two call centers, and that by passing themselves off as financial consultants, they lured victims into investing with them with the promise of making significant returns.

Members of the conspiracy utilized German, Greek, English, and Spanish speakers in order to reach a broad audience of potential victims.

Authorities also say that the suspects established bogus websites to reinforce the impression to their clients that they were a legitimate business. Several hundred victims who made substantial investments lost all of their money, investigators say.

The scam was eventually exposed after German and Greek investors who lost everything turned to police for help.

Investigators across Bulgaria, Germany, Greece, and Serbia worked together to track down the criminal network’s activities and locations. The operation came to a head on Wednesday, when Bulgarian national police raided 24 locations in Sofia and Burgas.

The case recalls a 2020 investigation in which another group of investment fraudsters was taken down in their Bulgaria and Serbia-based call centers. Bulgarian and Serbian police raided 11 locations and nine members of the conspiracy were taken into custody, including two of its leaders.

That 2020 group similarly advertised through a mass email campaign; in exchange for an initial fee of €250 ($278), they promised easy returns on what turned out to be non-existent products through trading platforms that were unlicensed.

In that case, iInvestigators also seized five properties and €2.5 million ($2,785,287) from a bank account in Germany, and more than 30 other international bank accounts suspected of being compromised by the group’s activities were also put under surveillance by authorities.

The total damage was estimated to be €80 million ($89,140,400); 10 million of which came from hundreds of victims in Germany and about two million from 850 victims in Austria.

In the end, the 2020 group scammed more than 1,000 people in Austria and Germany alone through the sale of bogus investment opportunities.