Spain’s National Police Tuesday dismantled a division of a transnational crime group that sells fake Covid-19 passports throughout the European Union (EU), some of which were listed in the country’s National Vaccination Registry. 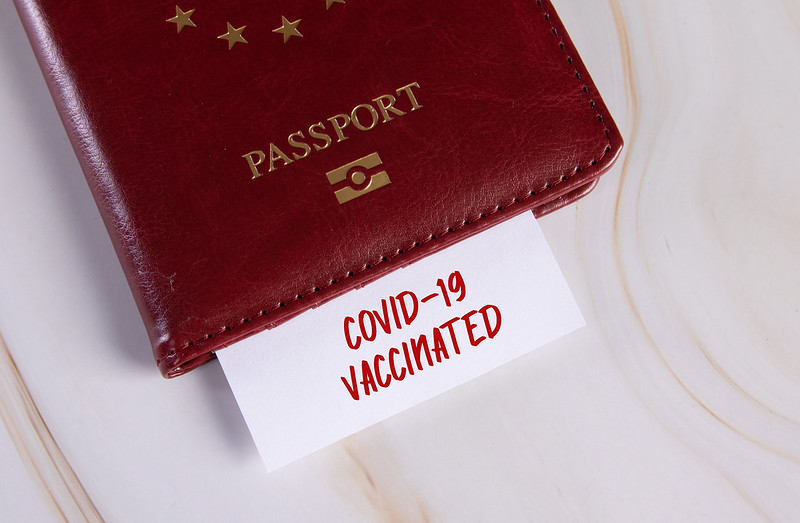 A Covid-19 passport, known throughout the EU as a Green Pass or immunity passport, is widely required in order to enjoy many of the travel and social benefits that were freely accessible before the pandemic, such as entry to restaurants and entertainment venues. (Photo: Jernej Furman, Flickr, License)The police arrested six suspects in Madrid and a seventh in the province of Barcelona for allegedly selling fraudulent documents that have endangered public health.

A Covid-19 passport, known throughout the EU as a Green Pass or immunity passport, is widely required in order to enjoy many of the travel and social benefits that were freely accessible before the pandemic, such as entry to restaurants and entertainment venues.

Investigators also discovered a link to the criminal organization’s France-based operations and leaders. The information has been passed along to French authorities.

Spanish police say that the suspects drew attention to themselves through social media activity. The group participated in Covid-19 denial groups, offering both fake PCR test results and forged immunity passports for sale.

Investigators posed as online customers to verify that they could in fact obtain the fraudulent documents.

Those ordering the false passports could specify documents showing either two or three doses of Covid vaccines.

For an additional price, the sellers would enter the customer’s information in Spain's National Vaccination Registry, according to authorities.

In most cases, the criminals demanded payment in cryptocurrencies via accounts in various countries to make it harder for police to follow their money trail.

Once paid, they would allegedly send their clients a QR code that contained the fake vaccination information, such as the dates in which the vaccines were administered.

As part of the ongoing investigation, police say that the 1,600 known individuals who paid for the falsified documents are at risk of prosecution as well.