A member of the Universal Aryan Brotherhood (UAB), an American neo-Nazi white supremacist prison gang, pleaded guilty to racketeering conspiracy charges and is expected to serve 22 years in concurrence with his current 30-year sentence, the U.S. Department of Justice (DOJ) reported on Friday. 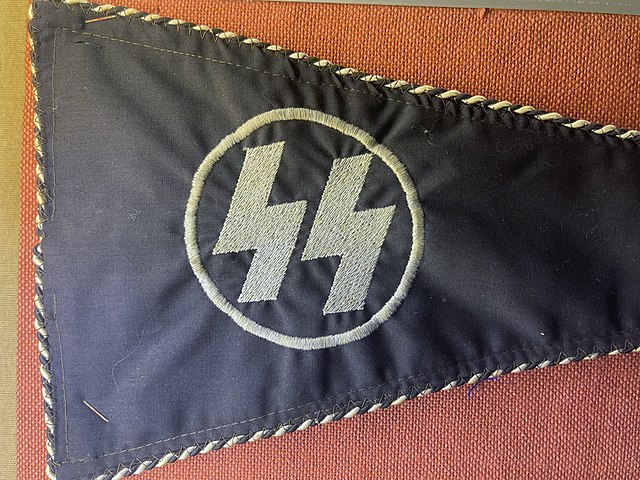 A member of the Universal Aryan Brotherhood (UAB), an American neo-Nazi white supremacist prison gang, pleaded guilty to racketeering conspiracy charges and is expected to serve 22 years in concurrence with his current 30-year sentence. (Photo: Wolfmann, Wikimedia, License)Dylan Rose, 30, was one of the 18 UAB members indicted in 2018 for murder, kidnapping, methamphetamine and firearms trafficking, money laundering, assault, and robbery.

The UAB is a “whites only” prison gang that has operated throughout the state of Oklahoma since 1993, both inside and outside of prison walls.

Kidnapping is reportedly a popular way that UAB members and associates enforce discipline, recoup drugs and debts, and ensure that those with whom they do business do not cooperate with law enforcement, according to the DOJ.

Although this particular neo-Nazi white supremacist network structured their founding principles and ideologies off of the Aryan Brotherhood, a California-based prison gang formed in the 1960s, the UAB holds no current connections to them.

There are, in fact, several other white supremacist prison gangs spread across the United States, including the Aryan Brotherhood of Texas and the Soldiers of Aryan Culture, whose criminal activities of drug trafficking, gunrunning, and murder have infiltrated the U.S. federal prison system.

Nazi insignias and symbols give the UAB a visible presence inside Oklahoma prison walls and clearly demonstrate its members' affiliations.

One manner in which they promote this hate-fuelled symbology is through tattoos, which can include the swastika, the Iron Eagle, and the Schutzstaffel (“SS”) lightning bolts.

Tattoos are also used to designate their internal hierarchy.

For example, only those who have completed their prospecting period and achieved full-member status may display the UAB patch on their skin, which is represented as a circular design with the SS lightning bolts in the middle.

To attain a place within the UAB, a prospect must be sponsored by a fully-patched member, carry out several violent tasks on behalf of the gang’s interests, and eventually be voted in by a majority of the organization’s highest governing body, the Main Council.

As outlined in Rose’s 2018 indictment, he has been a serving member of the UAB since 2016 and has participated in the organization’s racketeering activities since then.

This particular racketeering conspiracy is said to be responsible for no less that nine murders sanctioned by the Main Council.

Amongst the several charges brought against Rose, specifically, was the kidnapping, robbery, and murder of Jason Harris in Tulsa, Oklahoma in 2017.

The judge handed him a 30-year sentence.

In exchange for his confession, his expected 22-year sentence is set to run concurrently with his current 30-year sentence, but this will not be decided until May 3 later this year.