Croatian police reported Tuesday that they have confiscated a record amount of drugs — roughly 62 kilos of cocaine and 220 kilograms of heroin — in the country’s southern port of Ploče in two separate operations in October and November. 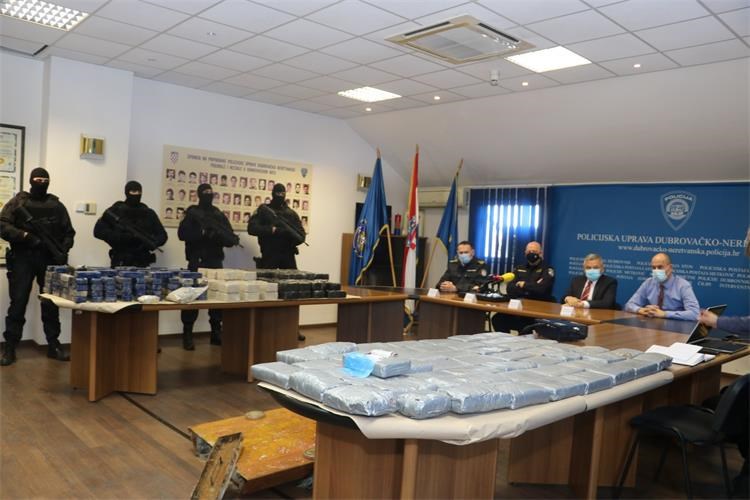 Following a similar operation in April last year, the head of the Dubrovnik-Neretva County Police, Ivan Pavličević, stressed that the seaports in South Europe are becoming more attractive for drug smugglers, who now try to avoid better controlled harbors in West and Northern Europe.

The head of Croatia’s Police National Office for the Suppression of Corruption and Organized Crime (PNUSKOK), Dražen Rastović, told reporters that in both operations drug smugglers used highly sophisticated methods to conceal the load.

In October, officers searched a ship that arrived from South America, via Turkey and Italy, in one of Croatia’s largest ports, Ploče. Nearly 220 kilograms of heroin were discovered in 40, out of 80 lid ingots in a cargo container. The drug was welded inside the lid cubes.

Only a few weeks later, police intercepted an even more cunning attempt of drug smuggling. This time, a special diving unit had to be deployed, as a cocaine load was concealed in a metal case, which was attached to the ship’s hull with magnets. The metal case contained three packages wrapped in plastic foil with lots of duct tape, concealing a total of 54 smaller boxes with nearly 62 kilograms of cocaine.

According to the police, the investigation thus far has not established any conceivable involvement of the ships’ crews in the illegal conduct.

Pavličević underlined the importance of cutting “the tentacles of drug smuggling, which makes safe not only Croatia, but also the countries surrounding it, as well as the European Union, as the most common destination for the smuggled cocaine and marijuana.”

The investigation, in cooperation with the police of the West Europe’s countries, continues, as he added.

Pavličević also pointed out that the Dubrovnik-Neretva County police officers have conducted a total of 9,213 drug seizing operations in the last 10 years and have seized 767 kilograms of cocaine, 289 kilograms of heroin and 2.5 tonnes of marijuana.

The port of Ploče, which registers more than 2.6 million tonnes of cargo annually, was especially attractive to smugglers as it was not equipped with special x-ray monitors for containers, so only sniffing dogs or random inspections could detect some illicit goods.

However, the situation changed in May, when the Croatian Customs Administration acquired a special Rapiscan x-ray monitor for the inspection of a wide range of cargo.