Croatian police confiscated nearly 600 kilograms of cocaine concealed in a shipment of bananas that arrived from South America to the Adriatic port of Ploče. Officials say that with increased controls in ports in Western and Northern Europe, organized crime seems to be looking for alternative routs in the south of the continent. 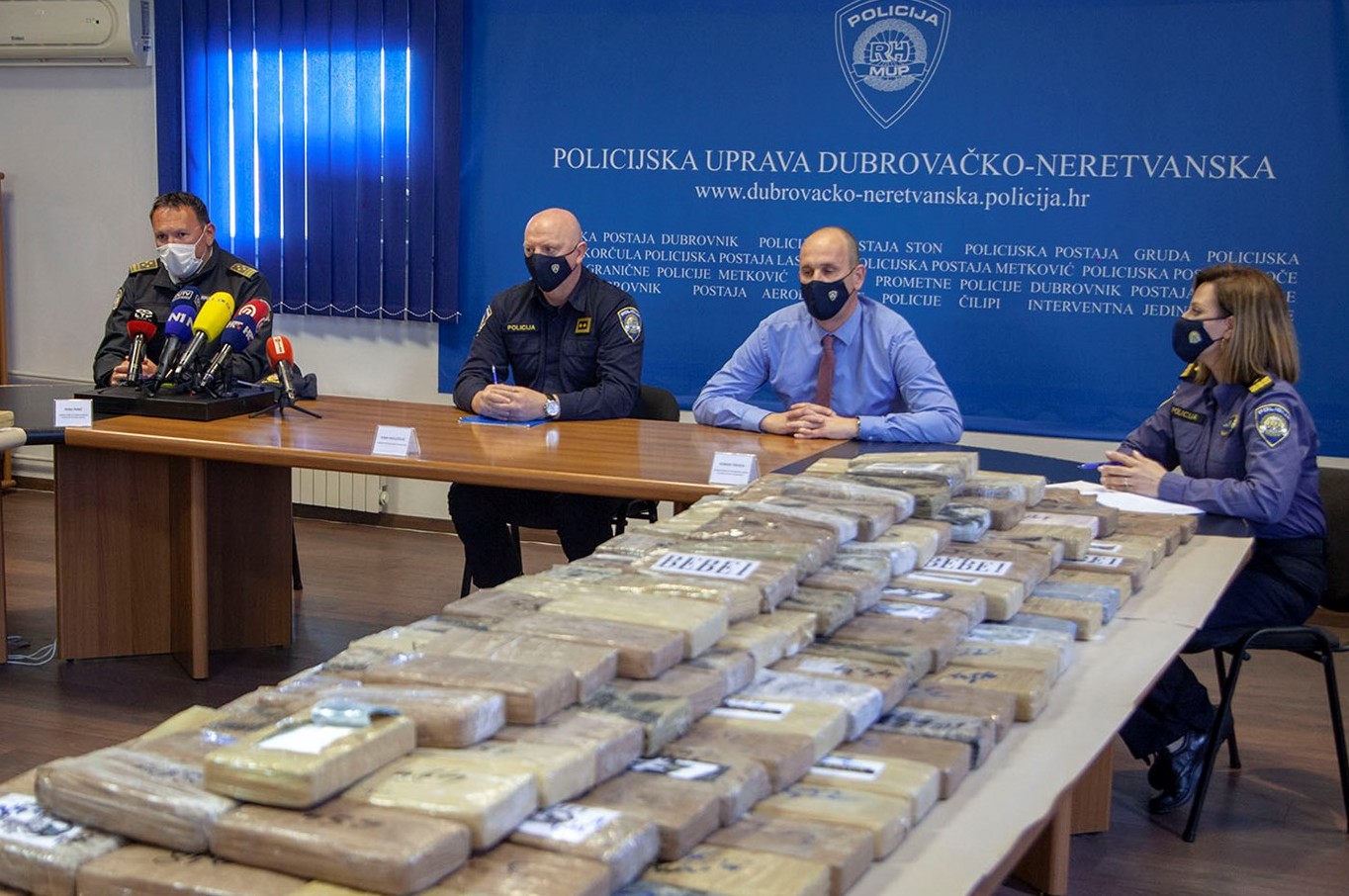 Croatian police and customs officials with the cocaine seized at the Adriatic seaport Ploče. (Photo: Dubrovnik-Neretva County Police)With an estimated value of nearly €60 million (US$72 million), the drug seizure is one of the largest ever in Croatia. Police dogs discovered the drug in the walls of the container that arrived from Ecuador, the Dubrovnik-Neretva County Police said, showing a video of the detection.

“We have witnessed that German, Dutch and Belgian police have seized 20 tons of cocaine earlier this year, so we can assume now that one arm of what is coming to Europe these days has been redirected to seaports in Croatia, Greece and Italy, so to bypass seaports in Western and Northern Europe,” said the head of the Dubrovnik-Neretva County Police, Ivan Pavličević.

No arrests have been made yet but the investigation is ongoing, he added.

The head of the Criminal Police, Zoran Tikvica, said that the shipment was addressed to a company based in one of Croatia's neighboring countries, without revealing which one.

Croatian media cited police sources as saying that the container was addressed to a company in Tuzla, Bosnia and Herzegovina, and that the Croatian investigators are working closely with their Bosnian colleagues to locate the suspects.

Bosnian authorities have not commented on the case.

Police chief Pavličević pointed out that the seaports in South Europe are becoming more attractive for drug smugglers, who now try to avoid better controlled harbors in West and North Europe.

The port of Ploče seems to be attractive to drug smugglers, as it is not equipped with special x-ray monitors for containers, so illegal goods can only be detected by random inspections or sniffing dogs.

Three serious drug seizures were conducted in the port since the beginning of this year, according to Croatian customs officials.

“Customs and police are conducting increased surveillance in the Ploče seaport,” Croatian Customs official, Pero Perić, said, announcing that a cargo x-ray scanning portal will soon be purchased for the Ploče port, one of Croatia’s largest.

Local journalists speculated that Croatian authorities acted following the information received from the U.S. Drug Enforcement Administration (DEA) and the FBI, but police officials refused to confirm or to deny such claims, saying only that their operation was coordinated with the country’s Customs Administration and the State Prosecutor's Office for the Suppression of Organized Crime and Corruption (USKOK).