Spanish authorities arrested on Thursday 19 people suspected of being part of a transnational crime ring involved in drug trafficking, human trafficking and the sexual exploitation of women. 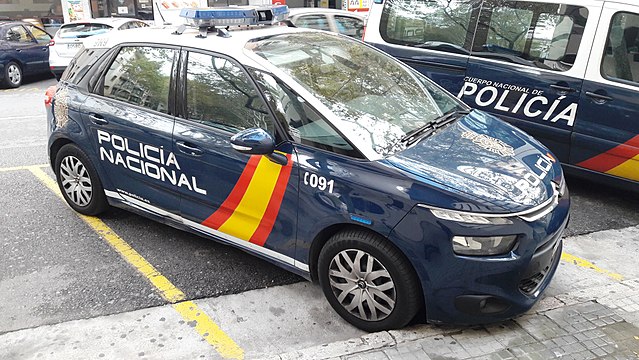 Spanish authorities arrested 19 people suspected of being part of a transnational crime ring involved in drug trafficking, human trafficking and the sexual exploitation of women. (Photo: Dickelbers, Wikimedia, License)Most of the women that were trafficked to Spain to be forced to serve as prostitutes were from Colombia, the police statement said.

The criminal network used flats out of Seville, Utrera, and Alcalá de Guadaíra where they prostituted their victims to their clients.

Authorities report that one of the arrested members is also accused of sexually assaulting one of the victims on no less than four occasions.

When the women arrived in Spain, investigators say that the criminals incurred on them a debt of €8,000 (US$9,068) to be paid back through prostitution.

This is a common tactic used by human traffickers to coerce their victims into prostitution.

Traffickers often impose a rigid system of fines, continuously increasing the debt owed to them by their victims, in order to trap them in a never-ending state of indentured servitude.

Investigators originally learned of the crime ring in May when they became aware of an operation involved in the kidnapping and trafficking of women, who would then be kept in safe houses where they would be forced to serve the organization as prostitutes.

The flats’ conditions in which the victims were kept were described by police as “subhuman”, with up to 12 women being forced to share the same room.

In addition to being indebted to their captors, police say that the criminals also forced the women to pay for their own expenses, such as rent and food, in order to trap them in a perpetual state of destitution.

The flats reportedly also served as a base for the organization’s drug trafficking operation, specifically cocaine.

Investigators say that the women were encouraged to take the drugs themselves before the criminals would hand them over to their clients.

The alleged leader of the criminal organization, a 54-year-old woman, was arrested along with her collaborators, which include her ex-husband and other close relatives.

A total of 23 victims were located and rescued by police in the dismantling of the organization.

Earlier this month, Spanish authorities took down another transnational human trafficking and prostitution ring when they arrested “La Diabla”, one of Europe's most wanted fugitives who allegedly targeted women and transgender people from Venezuela to be taken to Spain to serve her organization as prostitutes.

And just over a month ago, Spanish police dismantled yet another human trafficking and prostitution ring that kidnapped Nigerian women and used voodoo rituals to scare them into servitude under penalty of death.