Colombian police reported on Monday the arrest of three members of an organized crime group engaged in the capture, death, and sale of critically endangered turtles. 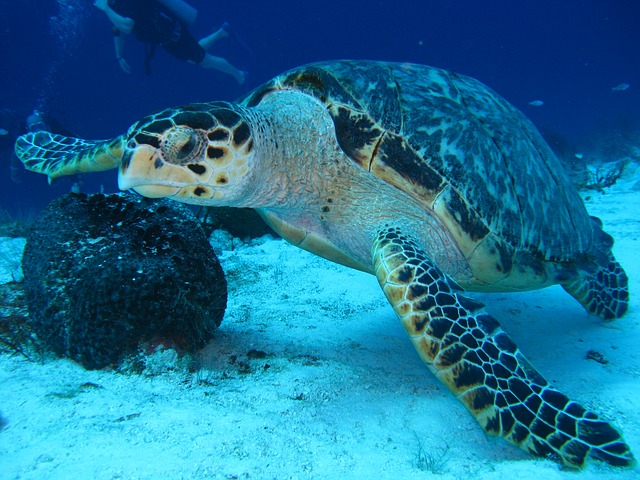 The hawksbill sea turtle is categorized by the International Union for Conservation of Nature as ‘Critically Endangered’, meaning that they currently face an extremely high risk of extinction in the wild. (Photo: Amanda Higgins, Pixabay, License)Officers recovered 140 kilograms of hawksbill sea turtle meat from the suspects, valued at approximately 80 million pesos (US$20,035).

They were subsequently charged with illegally exploiting renewable natural resources and ecocide, which is the unlawful act of knowingly causing long term damage to the environment.

The hawksbill sea turtle is categorized by the International Union for Conservation of Nature as ‘Critically Endangered’, meaning that they currently face an extremely high risk of extinction in the wild.

This is despite the fact that the hawksbill sea turtle naturally inhabits an immensely large biogeographic range, including the Atlantic Ocean and the Indo-Pacific region, which is testament to how widely they are illegally hunted upon by fishermen.

According to authorities, the suspects bought the live turtles from fishermen with the intent of selling them to restaurants and street vendors, whose recipes for their meat are said include some that are considered aphrodisiacs.

The clandestine nature of the sea turtle trade means that their carcasses are often cut up and mixed amongst fish meat and seafood, so as to avoid police detection.

Distributors also avoid using main roads as much as possible when transporting them, according to Colombian police.

Reportedly, such acts against a Critically Endangered species can cause incalculable and irreparable damage to the ecosystem in which they inhabit.

Colombian police report that they have arrested 93 people in 2021 alone for environmentally harmful acts that have had grave ecological ramifications.

It is estimated that the current hawksbill sea turtle population is no greater than 8,000 worldwide.

This includes hawksbill sea turtles who have either not yet achieved or are now past the age range of reproductive maturity.

The only conservation statuses lower than Critically Endangered are Extinct in the Wild and Extinct.