US Retailers Grapple with Nearly $70 Billion in Thefts Annually

To the joy of retailers, American shoppers thronged stores last week on Black Friday and continued shopping online on Monday, having turned the two days of deals between Thanksgiving and Christmas practically into national holidays in their own right. 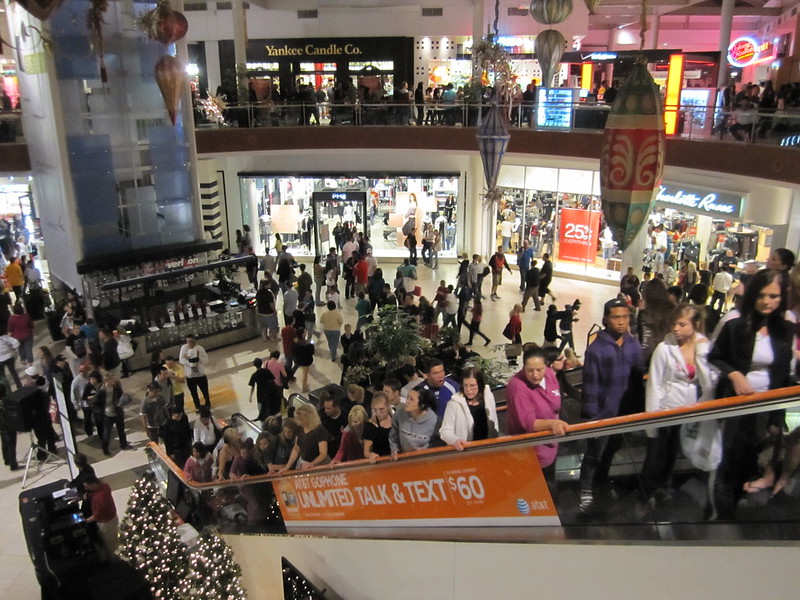 To the joy of retailers, American shoppers thronged stores last week on Black Friday and continued shopping online on Monday, having turned the two days of deals between Thanksgiving and Christmas practically into national holidays in their own right. (Photo: Kevin Spencer, Flickr, License)But it’s not all rosy for those retailers.

Experts say that in 2019 alone, outlets across the country suffered a loss of nearly US$70 billion at the hands of shoplifters who are believed to be operating in professional rings reminiscent of an organized crime syndicate. The stolen items often can be purchased online a few days later.

They estimated that the total damage is as much as $125.7 billion in lost economic activity, including over half a million fewer jobs.

“Professional thieves and organized criminal rings are building a business model by stealing and reselling products, increasingly online through marketplace platforms like Amazon or Facebook,” he explained.

For example, earlier this year one father-daughter team that had operated together for more than eight years pleaded guilty to selling millions of dollars worth of stolen merchandise through their own online stores.

“Robert and Noni Whitley operated a well-organized criminal enterprise disguised as an apparently legitimate small business,” said Acting U.S. Attorney Kurt R. Erskine in a statement released by the U.S. Department of Justice (DOJ). “This is retail theft on a massive scale.”

According to the DOJ, “Robert Whitley and Noni Whitley relied on ‘boosters’—who are essentially professional shoplifters—to steal specific retail products or categories of items.”

That included non-prescription medications such as Prilosec, Nexium, Rogaine, and Claritin as well as shaving razors, oral care products, along with health and beauty aids which they sold through their stores Closeout Express and Essential Daily Discounts.

According to Hansen, the problem is exacerbated by the opaque nature of online marketplaces like Amazon, which frequently host third party sellers.

“The lack of transparency online has made it easy to hide behind a screen name and fake business information to peddle stolen products,” Hansen said, calling for greater legislation to combat the scourge. “Washington needs to establish a base level of transparency on e-commerce platforms to make it harder for criminal enterprises to operate in the shadows of the internet.”

According to the Department of Homeland Security’s Investigative arm, HSI,  it’s not just shoplifting that the groups are partaking in.

“Many of the criminal rings orchestrating these thefts are also involved in other serious criminal activity such as human trafficking, narcotics trafficking, weapon trafficking, and more. Tackling this growing threat is important to the safety of store employees, customers, and communities across the country," he added.

Since 2019, several U.S. law enforcement agencies have established special task forces to combat this kind of crime. In a statement last week, California’s highway patrol said it’s task force “has participated in 773 investigations, made 240 arrests, and assisted in the recovery of more than $18.9 million in merchandise.”