The Belarusian Supreme Court declared on Tuesday a network of informal pro-democracy organizations a ‘terrorist movement’ after some of its members revealed that an oligarch had donated expensive cars to the regime the same year he was given control over the country’s tobacco industry. 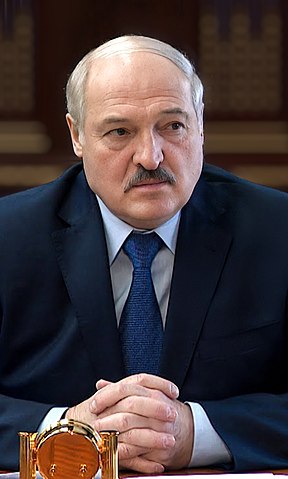 Alexander Lukashenko’s security service received nine vehicles, including two Maybach 62S, a classic Chevrolet Impala and a custom-made BCC Vintage from a workshop in Moscow. (Photo: belta.by, Wikimedia, License)The ruling came a day after OCCRP published a story based on data provided by a group of hackers called the Cyber Partisans. The leaked data shows that Aliaksei Aleksin donated the cars to the regime of authoritarian leader Alexander Lukashenko soon after the oligarch took over the tobacco industry in 2018.

Lukashenko’s security service received nine vehicles, including two Maybach 62S, a classic Chevrolet Impala and a custom-made BCC Vintage from a workshop in Moscow. Laurynas Boguševičius, a Lithuanian car dealer, estimated the value of the nine vehicles at up to 1.5 million euros (around US$1.7 million). He said the two Maybachs were especially valuable, and could even cost more than the listed price.

The Belarusian regime proclaimed Supraciu — the designated network that consists of the Cyber Partisans and two other pro-democracy groups — a ‘terrorist’ movement, claiming its members were involved in plotting acts of terror, such as arsoning and bombing buildings and vehicles. Under Belarusian law, such crimes can be punished with up to 15 years in prison.