Pakistan: Local Lawmaker Under investigation for Murder of Reporter

Media in Pakistan cited police investigators on Monday saying that an amateur video reporter, who posted videos of Arab dignitaries from the Middle East on illegal hunting trips in Pakistan, was killed two weeks ago while trying to escape from the house of a local lawmaker in the southern port city of Karachi, where he was forcefully kept and tortured. 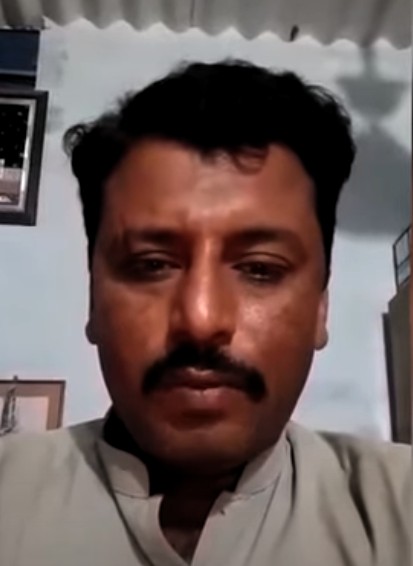 Nazim Jokhio, an amateur video reporter, who posted videos of Arab dignitaries from the Middle East on illegal hunting trips in Pakistan, was killed two weeks ago while trying to escape from the house of a local lawmaker in the southern port city of Karachi, where he was forcefully kept and tortured. (Photo: DawnNews, Youtube, Screenshot)Reporters Without Borders (RSF) had called for an independent investigation into the murder of Nazim Jokhio, whose body showing signs of torture was found on Nov. 3 in Malir, a suburb of Karachi. Police have recovered his mobile phone and clothes from a dry well close to the house of provincial lawmaker Jam Awais of Pakistan People’s Party, who is the prime suspect in the murder.

Six people including Awais have been arrested, police said.

“I am not afraid, I am receiving threats and I will not apologise,” Jokhiyo stated in a video posted online just hours before he was taken hostage by the lawmaker’s two security guards.

Jokhiyo said in his last video that he was being threatened for airing his previous video in which he claimed to be exposing poachers who have organized a hunting trip for “Arab guests.” At the end of the video, a man is seen stepping out of the car and grabbing his camera.

“The brutality with which Nazim Jokhiyo was eliminated is all the more shocking because his murder was premeditated by a parliamentarian who is well-known in the region,” said Daniel Bastard, the head of RSF’s Asia-Pacific desk.

“We call on Sindh chief minister Murad Ali Shah to order an independent investigation to identify the perpetrators and instigators of the murder of Nazim Jokhiyo, who paid with his life for trying to inform his fellow citizens about a local despot’s abuses. His crime must not go unpunished.”

Awais surrendered to the police on Nov 5 after his party leader Bilawal Bhutto Zardari contacted the Jokhiyo family and assured the arrest of person involved in the murder.

After the reporter’s death, his relatives protested on the main highway. The reporter’s brother, Afzal Jokhiyo, told OCCRP on Monday that “lawmaker Awais is involved in the murder and I demand a fair investigation and trial.”

Media watchdog Reporters Without Borders (RSF) ranked Pakistan 145 out of 180 countries on media rights in 2021 World Press Freedom Index. The country is among the five deadliest places on Earth for journalists.