Interpol has withdrawn its wanted notice issued at the request of Cyprus against the husband of the whistleblower who provided information to slain Maltese journalist Daphne Caruana Galizia about the illegal activities of a bank and suspicious money transfers to the wife of the former Maltese prime minister. 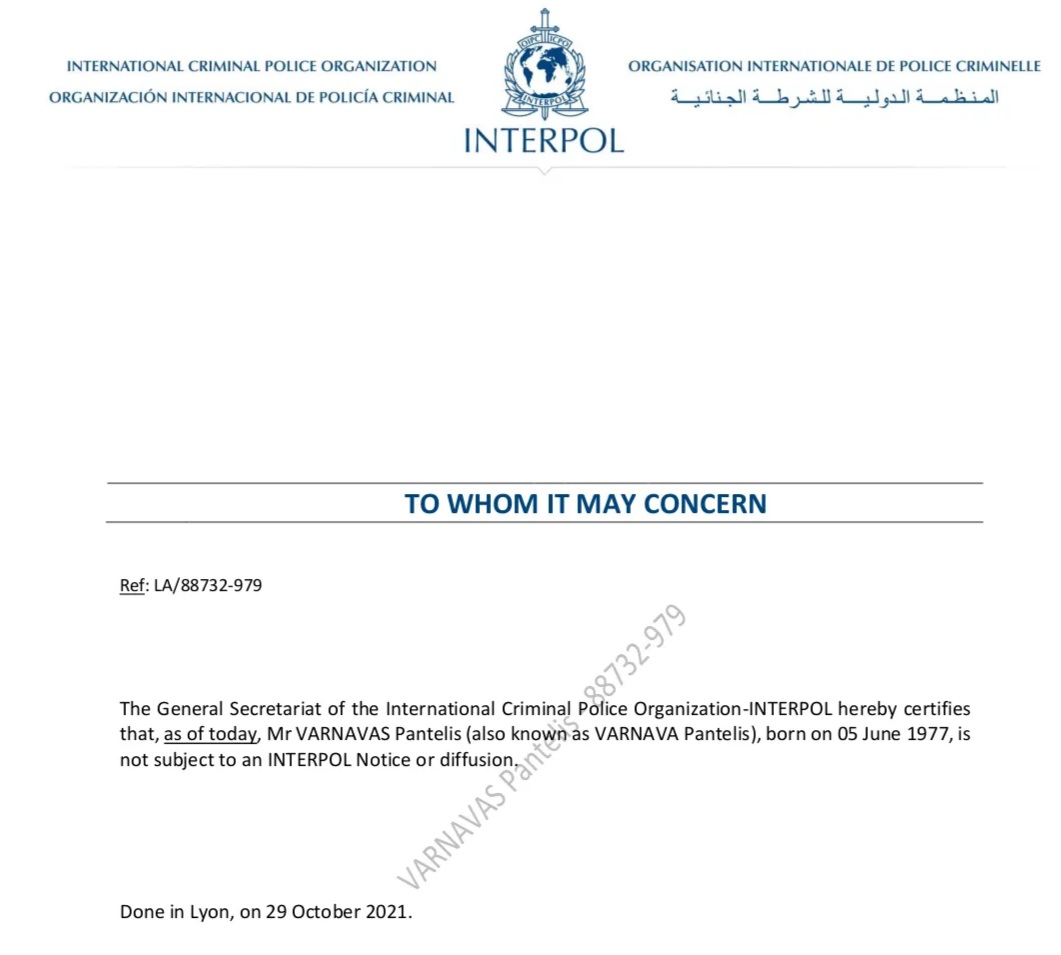 A copy of Interpol's letter saying Varnava is no longer wanted (Interpol)In a short letter dated October 29, 2021, Interpol said that “as of today,” Panteli Varnava, who was detained in Greece in November last year, “is not subject to an Interpol Notice of diffusion”.

Varnava is the husband of Maria Efimova, a former employee of Malta’s Pilatus Bank, who told  Caruana Galizia that Michelle Muscat, the wife of former Maltese Prime Minister Joseph Muscat, was the owner of Egrant Inc, an offshore company to which a daughter of Azerbaijani President Ilham Aliyev was sending money.

The European Central Bank stripped Pilatus Bank of its licence after its chairman was arrested in the U.S. on money laundering charges.

Caruana Galizia, known for investigating corruption in Malta and revealing her findings in a blog, died after a bomb planted under her car exploded in October 2017. Her assassins have been arrested but the case has not been completely solved.

Varnava was briefly arrested in Greece last year on charges brought against him by Cyprus of fraud, embezzlement, forgery and money laundering. His lawyer said at the time that those accusations were “fabricated” and “rigged” and followed a chain of similar warrants issued more than three years ago against his wife.

In March 2018, Efimova surrendered to Greek police after Malta and Cyprus had issued arrest warrants against her on embezzlement charges. Cyprus subsequently withdrew its warrant and three months later, the Areios Pagos, Greece’s supreme court, blocked her extradition to Malta.

The couple lives in Crete with their two children and were the subject of a smear campaign in Cypriot media which falsely accused Efimova of even being a suspect in Galizia’s murder.