The opaque nature of Mozambique’s illicit artisanal and small-scale mining industry has siphoned millions from the country’s economy, trapped its workers in a perpetual state of poverty, and has become a significant source of government and police corruption, according to a Global Initiative Against Transnational Organized Crime (GITOC) report. 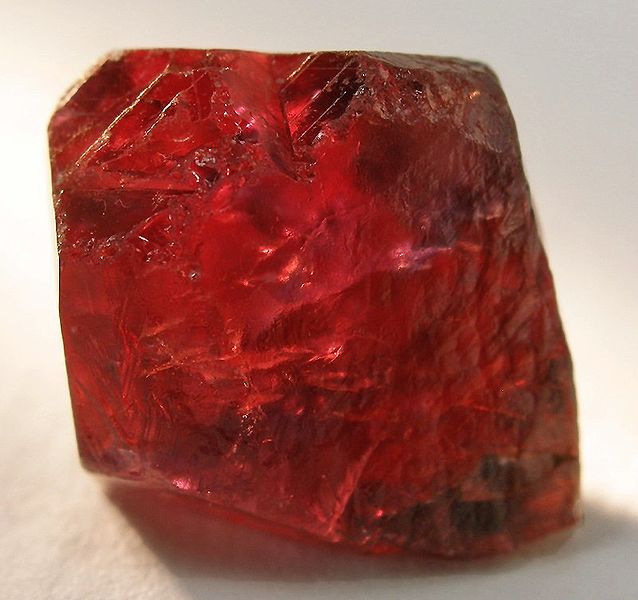 Raw ruby (Rob Lavinsky, iRocks.com – CC-BY-SA-3.0)Buried under East Africa is a wealth of gemstone deposits, including rubies, sapphires, and garnets, to name a few. Rubies are the most sought after gemstone, with large deposits unearthed in northern Mozambique.

Corruption at the highest levels of this industry in Mozambique, however, is said to have resulted in a downward spiral that empowers those at the top whilst making it near impossible to enact the necessary reforms needed to lift those at the bottom out of poverty.

After the 16-year-long Mozambican Civil War ended in 1992, the illicit artisanal and small-scale mining reportedly became one of the few central sources of income for local communities.

A significantly large deposit was found near the city of Montepuez in 2009, becoming the world’s largest source of newly mined rubies, which are said to be of exceptional quality, color, and clarity. This became an opportunity for legitimate mining to prosper.

The country’s Montepuez Ruby Mining Limitada (MRM) operation secured the mining rights in 2011, and has since produced more than US$600 million worth of rubies, in what is estimated to account for 50% to 70% of the world’s ruby supply, according to GITOC.

However, such a gold mine, so to speak, naturally produced an immense opportunity for crime, corruption, and exploitation of the poor.

According to GITOC, several miners in Mozambique's ASM live in poverty and destitution, following years of government failure in providing basic needs, such as employment opportunities which pay a livable wage.

Concurrently, young men with no legitimate means of supporting themselves have turned to crime such as illegal mining in order to survive.

Rather than address this issue by improving the miners’ standard of living, GITOC reports that instead police and members of the Mozambican government have taken to corruption in order to profit off of their people’s desperation.

The problem is said to be pervasive, with the political elite, local police, customs agents, and high-ranking government officials taking cuts across the entire supply chain. This includes coercing bribes from the miners, smugglers, as well as international buyers.

After a long day’s work, miners return to the deposits at night and must reportedly bribe police hundreds of dollars to gain access. They are then granted a few hours to mine what they can carry out; gemstones which are then sold to foreign brokers from the world’s largest gemstone trading hubs in countries such as Thailand and Sri Lanka.

The miners’ poverty, however, puts them in a poor bargaining position when dealing with traders, according to GITOC. Day after day, living hand-to-mouth for food and other necessary goods traps them in a reality where they must accept what they are offered, no matter how far below what would be considered a fair valuation of their high-quality gems.

Female miners have also reported having to submit to sex with officers guarding the deposits in exchange for access. Foreign female workers, such as those of Tanzanian origin, cannot receive legal aid due to their lack of proper work visas.

The others? They reportedly fear exposing their assaulters to the authorities, believing they will subsequently face police reprisal.

Corrupt officers are even said to pilfer what rubies are unearthed when their bribes are not duly paid. The gemstones are then sold, with the officers keeping the profits for themselves.

Efforts at regulating the Mozambican illicit artisanal and small-scale mining sector have met with limited success, according to GITOC.

In 2016, it became law for artisanal miners to register as associations with the government in an attempt to mitigate illicit market influences. However, the Global Initiative has reported less than viable levels of compliance due to corruption and bureaucratic roadblocks.

As a result, they say that much of Mozambique's gemstone mining industry remains illegal even today.