Interpol has issued two wanted notices for suspects believed to be connected to a global malware crime network that attacked Korean companies and U.S. academic institutions by blocking access to their computer files and networks and demanding ransom to unblock them. 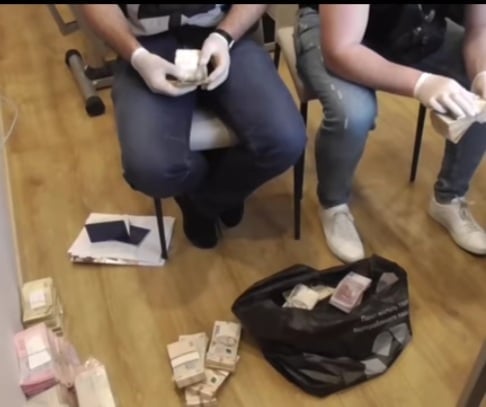 Money found during the raid of the suspect's home in Ukraine Source: Interpol video
The Interpol Red Notices were issued on request by South Korea’s cybercrime investigation division and follow the June arrest of six members of a notorious ransomware family in Ukraine and the seizure of their property as well as US$185,000 in cash.

The six suspects were allegedly linked to a Russian-language cybercriminal network called CI0p, known for naming-and-shaming its victims on a Tor leak site. They are also believed to have acquired $500 million in ransom and if found guilty, face up to eight years in prison.

The network allegedly targeted transportation, logistics, education, manufacturing, healthcare and high-tech sectors and threatened the companies that they would make sensitive data public if additional payments were not made.

“Despite spiralling global ransomware attacks, this police-private sector coalition saw one of global law enforcement’s first online criminal gang arrests, which sends a powerful message to ransomware criminals, that no matter where they hide in cyberspace, we will pursue them relentlessly,” said Interpol’s Director of Cybercrime, Craig Jones.