A former chief executive officer (CEO) of Braskem S.A., a Brazilian petrochemical company, was sentenced in a New York court on Tuesday to 20 months in prison for his role in a conspiracy to use US$250 million of his former company’s money to bribe government officials. 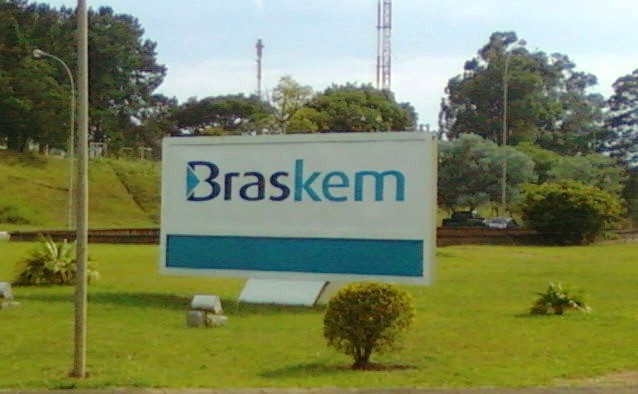 In entering his guilty plea, Grubisich confessed that while acting as Braskem’s CEO, he sanctioned the bribery of Brazilian government officials to ensure his company’s retention of a significant petrochemical contract from Petroleo Brasileiro S.A. (Petrobras), Brazil’s state-owned and state-controlled oil company. (Photo: Cesman, Wikimedia, License)Jose Carlos Grubisich, 64, of Brazil, pleaded guilty in April to diverting the sum from Braskem into a secret slush fund from which he bribed Brazilian government officials and political parties into supporting Braskem’s financial and political interests, according to the U.S. Department of Justice (DOJ).

A slush fund is commonly known as a reserve of money used for illicit purposes, particularly political bribery. The one Grubisich managed in this case was known as Caixa dois (Caixa 2).

Between 2002 and 2014, Grubisich, who was simultaneously working as Braskem’s CEO and in various capacities for its parent company Odebrecht S.A., sourced the money for the slush fund via fraudulent commissions, contracts, and offshore shell companies secretly controlled by Braskem, according to court documents.

Odebrecht — now known as Novonor — is a Brazilian conglomerate which consists of multiple businesses specializing in engineering, construction, energy, and petrochemicals. The company is known for its involvement in what many call the one of the biggest corruption cases in history.

In entering his guilty plea, Grubisich confessed that while acting as Braskem’s CEO, he sanctioned the bribery of Brazilian government officials to ensure his company’s retention of a significant petrochemical contract from Petroleo Brasileiro S.A. (Petrobras), Brazil’s state-owned and state-controlled oil company.

“As CEO of a publicly traded company, Grubisich and other senior executives at Braskem engaged in a large-scale, sophisticated international bribery and fraud scheme and then lied to U.S. shareholders and authorities to conceal their criminal conduct,” said Nicholas L. McQuaid, Acting Assistant Attorney General of the Justice Department’s Criminal Division.

In addition to his prison sentence, Grubisich has been ordered by the court to forfeit $2.2 million in restitution as well as pay a $1 million fine.

The Odebrecht corruption scandal costed the conglomerate billions of dollars in penalties and in one case in 2016, both Odebrecht and Braskem were fined by the DOJ a combined $3.5 billion for bribing government officials around the world with hundreds of millions of dollars, in what was then known as the Petrobras Scandal.

Odebrecht's involvement in the scandal originates back to 2001. By 2006, the intrinsic nature of their bribery operations necessitated its own corporate division, dubbed  the “Division of Structured Operations,” according to a DOJ statement made at the time of the company’s guilty plea.

The investigation, conducted by a Federal Police of Brazil task force, was humorously dubbed ‘Operation Car Wash’ because authorities first caught on to the scandal while conducting a money-laundering investigation into a car wash in Brasília.