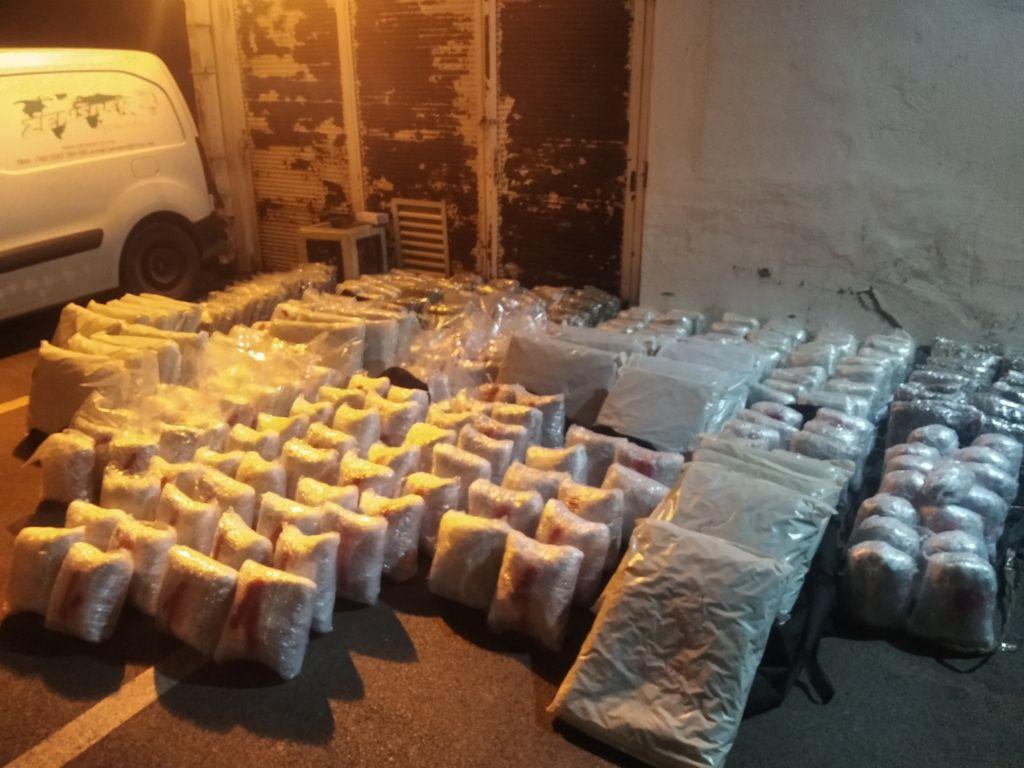 Over three days in mid-September, almost 11,000 officers across Southeast Europe searched over 700 locations, 22,000 vehicles, and 33,000 individuals believed to be implicated in criminal activity. Their efforts turned up hundreds of illegal firearms and explosives, as well as several hundred kilograms of illegal drugs. (Photo: Europol)International police bodies, such as Interpol and Europol, facilitated intelligence sharing for the operation that involved 27 other countries.

In what is known as the European Multidisciplinary Platform Against Criminal Threats (EMPACT) framework, authorities adopt an intelligence-led, multidisciplinary approach to combating organized crime that involves police as well as immigration and border control agencies.

Over three days in mid-September, almost 11,000 officers across Southeast Europe searched over 700 locations, 22,000 vehicles, and 33,000 individuals believed to be implicated in criminal activity. Their efforts turned up hundreds of illegal firearms and explosives, as well as several hundred kilograms of illegal drugs.

The Western Balkans region is a well known hub for illegal firearms trafficked into the EU. Due to the freedom of movement granted across the Schengen Area, it is easy for crime groups to spread these firearms across the continent.

Law enforcement agencies are also well aware that the illegal arms trade is closely intertwined with the trafficking of illegal drugs. Europol reports that in some cases, criminal networks exchange weapons for drugs when doing business with each other, revealing that the success of one market directly correlates to the growth of the other.

Transnational crime groups are constantly envisioning new ways to smuggle their illicit goods into Europe. Weapons, for instance, can be inconspicuously hidden within the very compartments that they are being carried in; much like how cartels conceal large quantities of cocaine within the frames of intermodal containers that are transported on cargo ships.

In countering these threats, the use of EMPACT joint operations has consistently demonstrated its value to authorities in the past.

In 2019, Austria and Spain coordinated efforts across 25 countries, rescuing 476 victims of human trafficking, several of whom were minors. The operation also resulted in over 500 arrests, drug seizures worth 85 million euro (US$99.3 million), and the opening of over 450 new investigations.

Likewise, in 2018, police throughout the EU concentrated efforts across 10 priority crime areas, rescuing 337 victims of human trafficking, including 52 minors. They also arrested over 1,100 suspects and seized over 1.4 million euro in cash ($1.64 million) as well as 730 kilograms of heroin.